Goats saved after rescuers make staircase out of hay bales 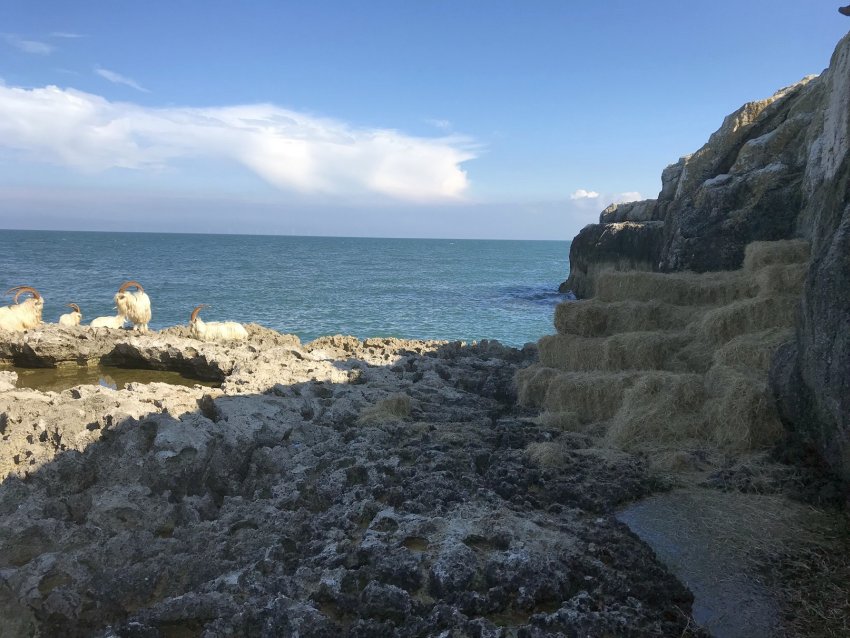 Twenty-one goats stuck on a treacherous outcrop are now safe after quick-thinking rescuers built a stairway made out of 50 hay bales for the animals to escape.

The goats became stranded on a deadly outcrop on the Great Orme in North Wales, prompting the RSPCA and Conwy Council to launch an 'innovative' rescue mission.

They were contacted after the stranded goats were spotted on the unstable rocks near the sea, in an area known locally as Austin's Rock.

Rescuers feared the 21 goats were at severe risk from high tides at the next full moon, or from starvation due to a lack of grazing and food supply.

The charity teamed-up with Conwy Council to come to the aid of the goats, with a plan put together which involved creating a path of hay bales for the goats to climb back to safety.

Rescuers Mike Pugh and Mark Roberts laid the path of bales, and all 21 stranded goats walked back to safety using the hay bales..

An RSPCA officer said the charity's work with the local authority was a great example of "what can be achieved together for animal welfare".

The famous Great Orme goat population has roamed wild in the local area for more than a century, and were originally a gift from Queen Victoria. 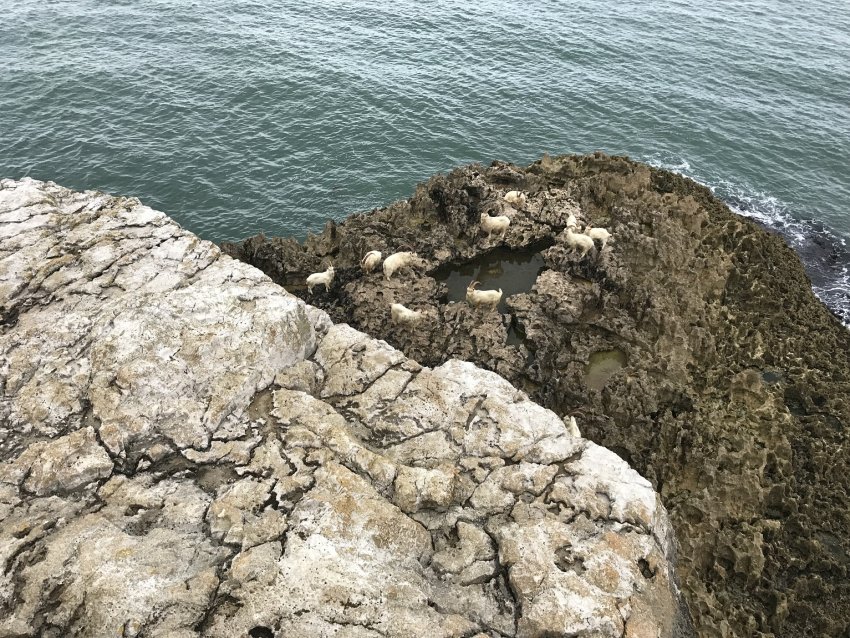 It is understood Lord Mostyn acquired a pair of goats from the Royal Herd and brought them to the Llandudno area; and the population grew steadily since.

Inspector Mike Pugh said: "These goats were in real trouble - and had a rescue plan not been hatched, they would either have starved or drowned.

"As there was no grazing or palatable water and they were at risk from the tide at the next spring tide later this week.

"We're so grateful to the local authority for their help with this operation, and delighted we have been able to help in what was an innovative rescue mission."