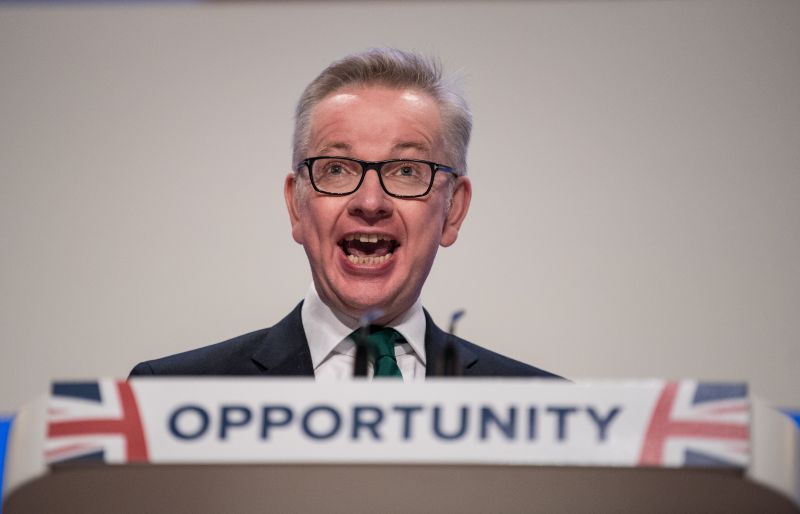 The scheme will be supported by £15 million of additional funding which has been allocated to tackle the problem, the Defra Secretary announced during a speech at the Conservative Party conference on Monday (1 October).

Currently around 43,000 tonnes of surplus food is redistributed from retailers and food manufacturers every year.

It is estimated a further 100,000 tonnes of food - equating to 250 million meals a year - is edible and readily available but goes uneaten.

Instead, this food is currently sent away for generating energy from waste, anaerobic digestion, or animal feed.

The pilot scheme will be developed over the coming months in collaboration with businesses, farmers and charities. The scheme will launch in 2019/20.

Gove said food waste is "morally indefensible". He said: "Every year, around 100,000 tonnes of readily available and perfectly edible food is never eaten. This has got to change.

"In the coming months we will work closely with business, charities and volunteers to deliver a new scheme to tackle this problem."

Food waste in the UK totals 10.2 million tonnes per year, of which 1.8 million tonnes comes from food manufacture, 1 million from the hospitality sector, and 260,000 from retail, with the remainder from households.

Further action to cut food waste from all sources is being considered as part of Defra’s Resources and Waste Strategy, which will be published later this year.

'First step in the supply chain'

The scheme follows news of the farming industry joining in efforts to tackle food waste via the recently launched Food Waste Reduction Roadmap.

The initiative, run by the charities Wrap and IGD, aims to have 50% of the UK’s largest 250 food businesses measuring, reporting and acting on food waste by 2019.

Agricultural organisations such as the NFU, Soil Association and AHDB have announced their support for the Roadmap.

The NFU is now encouraging its members to play their part in tackling food waste in the supply chain.

NFU President Minette Batters said: “Farmers are the first step in the supply chain, producing the raw ingredients that make up the safe, traceable and affordable domestic food supply that helps to feed the nation.

“As food producers, farmers and growers have a clear role to play in this effort and it is encouraging to see many of our members already committing to cutting food waste in their businesses.

“It’s very clear that a whole supply chain effort is required to effectively reduce our food waste and it is incredibly positive to see the entirety of the industry throw its weight behind this initiative.

She added: “The NFU is committed to sustainability and transparency, and will continue to engage with the industry to address the food waste challenge.”