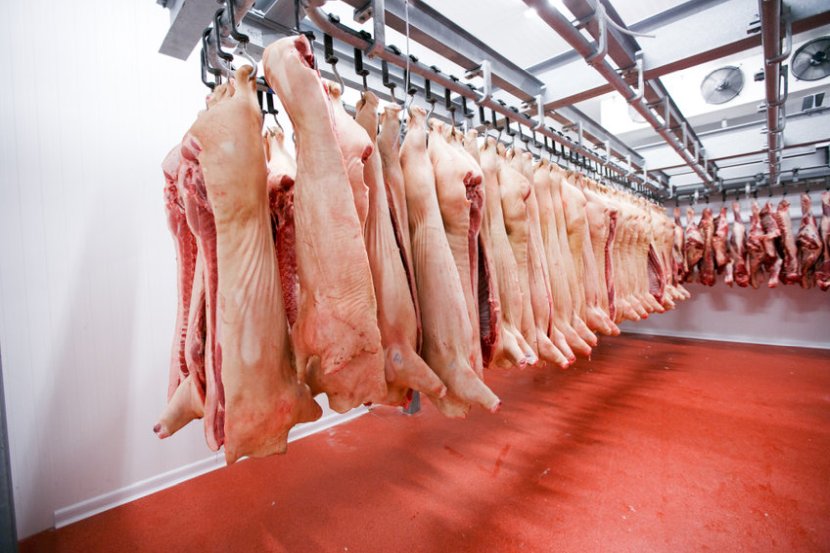 The government is to allow 800 overseas pork butchers into the UK on temporary visas after thousands of pigs have been culled due to chronic staffing shortages.

Butchers working in abattoirs and processing plants will be allowed to arrive into the country to work for six months, Defra said on Thursday evening (14 October).

Environment Secretary George Eustice said 800 butchers were needed to meet staffing shortages and get the pig industry's crisis under control.

The National Pig Association (NPA), which has been calling for temporary visas for butchers for some time, said it was 'very relieved' at the development.

Over 6,000 pigs are thought to have been culled on farms across the UK as a result of slaughterhouse and butchery worker shortages linked to Brexit and the pandemic.

Abattoirs have had to reduce their throughput by about 25 percent over the last couple of months due to the labour crisis, according to the NPA.

The government has also said it will fund a private storage aid scheme in England, enabling processors to store slaughtered pigs for 3-6 months so that they can be preserved safely and processed at a later date.

And it will also work with the pig industry to introduce processing of animals on Saturdays and longer working days where possible.

Mr Eustice said: "A unique range of pressures on the pig sector over recent months, such as the impacts of the pandemic and its effect on export markets, have led to the temporary package of measures we are announcing.

"This is the result of close working with industry to understand how we can support them through this challenging time."

NPA chief executive Zoe Davies welcomed the new measures: "We are very relieved that the government has finally released some measures aimed at reducing the significant pig backlog on farms.

"We are working with the processors to understand the impact of these new measures and to determine exactly what will happen now, and how quickly, so that we can give farmers some hope and stem the flow of healthy pigs currently having to be culled on farms."

The government warned, however, that granting temporary visas was 'not a long term solution' for the sector.

It said: "Businesses must make long term investments in the UK domestic workforce to build a high-wage, high-skill economy, instead of relying on overseas labour."

The government stressed that it expects the sector to encourage better training offers, career options and wage increases to ensure that it draws on a UK workforce.

It comes after the Agriculture and Horticulture Development Board (AHDB) and Quality Meat Scotland (QMS) announced a pork levy holiday for November, worth £1m.

Government ministers gave the green light in response to the continued build-up of pigs on farm, falling prices and high production costs.

The pork levy holiday will amount to savings for the sector of just under £1 million.