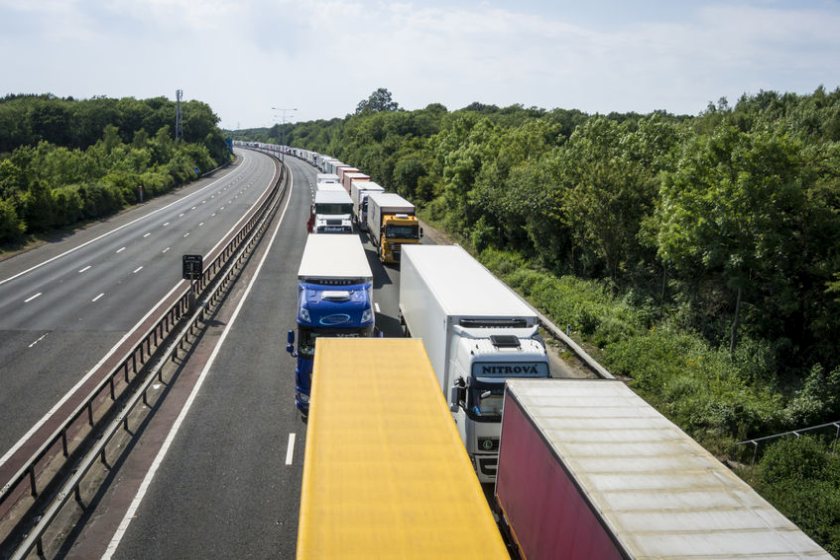 Many food and drink manufacturers will be 'dismayed' by the delays, the Food and Drink Federation (FDF) warns

New regulations for goods coming from the bloc into Britain were due to start in two phases - from 1 October and 1 January 2022 - after they were delayed earlier this year.

However, the rules have again been postponed by several months, with several key measures coming into force from 1 July 2022.

The Food and Drink Federation (FDF) said many food and drink manufacturers would be 'dismayed' by the delays.

The requirements for pre-notification of Sanitary and Phytosanitary (SPS) goods, due to be introduced on 1 October 2021, will now be rolled out on 1 January 2022.

The new requirements for Export Health Certificates, which were due to start on 1 October, will now be introduced on 1 July 2022.

Phytosanitary Certificates and physical checks on SPS goods at Border Control Posts will also be introduced on 1 July, as will Safety and Security declarations on imports.

However, the government confirmed that full customs declarations and controls will be introduced on 1 January as previously announced.

Brexit minister Lord Frost said: "We want businesses to focus on their recovery from the pandemic rather than have to deal with new requirements at the border, which is why we’ve set out a pragmatic new timetable for introducing full border controls.

"Businesses will now have more time to prepare for these controls which will be phased in throughout 2022.

"The government remains on track to deliver the new systems, infrastructure and resourcing required."

Responding to the border delays, the FDF said businesses had invested 'very significant time and money' in preparing for the new import regime on 1 October.

"Now, with just 17 days to go, the rug has been pulled," said Ian Wright, FDF chief executive. "This move penalises those who followed government advice and rewards those who ignored it.

"The asymmetric nature of border controls facing exports and imports distorts the market and places many UK producers at a competitive disadvantage with EU producers."

The NFU added that UK agri-food exporters to the EU had lost more than £1.8 billion since the implementation of the bloc's border controls in January.

And while further delays to controls on imported EU products could keep shelves stocked, the union warned that current supply issues were largely due to workforce availability.

"That is why the food and farming industry is asking for a 12-month Covid Recovery Visa and to expand and make permanent the Seasonal Workers Scheme," NFU President Minette Batters said.

"A delay to controls on EU imported products will do little to address supply chain problems, nor the long-term trade frictions farmers are experiencing.

“Negotiators must seek to achieve a level playing field with pragmatic and equitable checks on imports and exports as quickly as possible.”