Government to look at new regulations to tackle emissions from farming 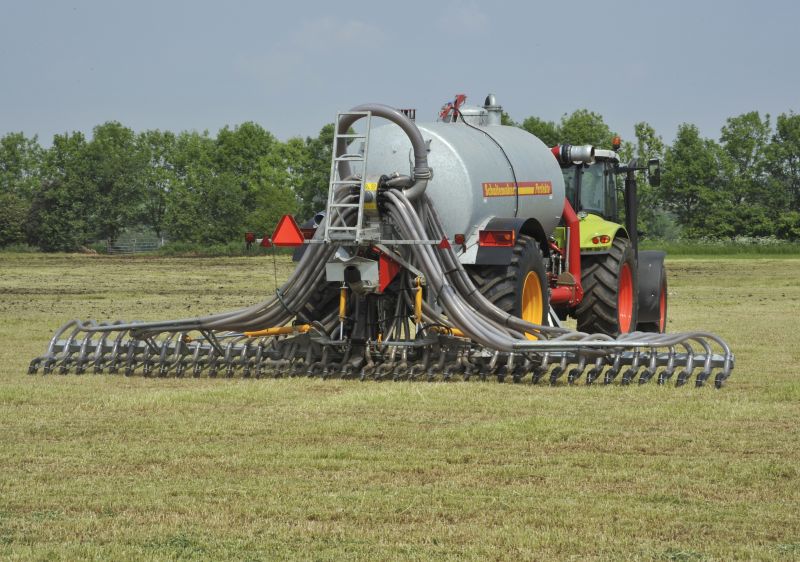 The government said it will set out new regulations to reduce ammonia emissions from farming by requiring adoption of low emissions farming techniques (Photo: John Eveson/Flpa/imageBROKER)

The government's new strategy to tackle air pollution in the UK looks at new regulations to be introduced for farmers to tackle ammonia emissions.

The Clean Air Strategy, announced on Monday (14 January), highlights ways for farmers to tackle ammonia emissions through new funding and the introduction of new regulations.

Agriculture is responsible for 88% of UK emissions of ammonia gas which can travel long distances, be damaging to the environment, and combine with other pollutants to form fine Particulate Matter pollution, which are harmful to human health.

The government said it will provide farmers with the support they need to make important changes to tackle emissions.

For example, funding will be provided through the Countryside Productivity Scheme to help farmers purchase manure management equipment, including low-emission spreaders. The scheme is due to run again in 2019.

Funding is also available through the Countryside Stewardship Scheme for slurry tank and lagoon covers for farmers in priority water catchments.

The government will also consult with the farming industry to introduce new requirements, despite criticism regarding over-regulation.

• A requirement to take action to reduce emissions from urea-based fertilisers. The government will consult on this policy in 2019 with a view to introducing legislation in the short timeframe.

• A requirement for all solid manure and solid digestate spread to bare land (other than that managed in a no-till system) to be incorporated rapidly (within 12 hours) with legislation to be introduced quickly.

• A requirement to spread slurries and digestate using low-emission spreading equipment (trailing shoe or trailing hose or injection) by 2025. The government will also consider options for phasing in this requirement so that those spreading digestate or large volumes of slurry may be required to adopt the practice at an earlier date.

• A requirement for slurry and digestate stores to be covered by 2027. The government will consider options for phasing in this requirement so that those producing or storing digestate or large volumes of slurry may be required to adopt the practice at an earlier date.

• Mandatory design standards for new intensive poultry, pig and beef livestock housing and for dairy housing. The standards will be designed in collaboration with industry experts and will include design features to improve animal health and welfare and minimise environmental pollution to air (including greenhouse gas emissions), water and land as far as practicable

Before the release of the strategy, the NFU called on the government to consider alternatives to additional regulation looking to curb ammonia pollution.

Some within the industry call for more government action. Responding to the strategy, the Soil Association said new food and farming policies that specifically support the shift away from intensive livestock production methods are needed.

Liz Bowles, head of farming at the Soil Association said: “There is a higher risk of ammonia emissions with intensive livestock production methods, since emission rates increase at higher stocking densities.

“It is vital that the strategy sets out government actions to support and promote a wider shift towards more extensive farming systems, such as grass-based systems and organic, which have higher animal welfare standards and lower stocking-densities.”

Air pollution is one of the biggest threats to public health in the UK - behind only cancer, obesity and heart disease.

More than 40 towns and cities in the UK are at, or exceeding, air pollution limits set by the WHO.