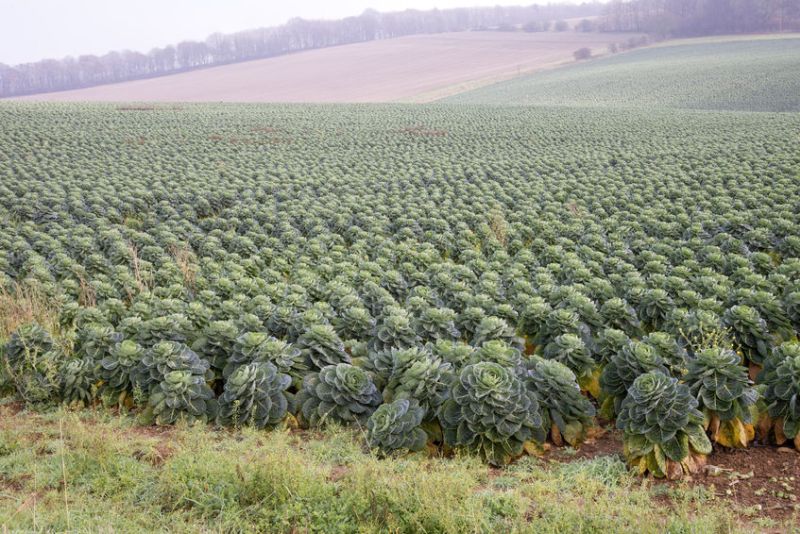 Britons would run out of food today if it was solely reliant on homegrown produce, according to new figures

The government has been told to prioritise food security as new figures show Britain's self-sufficiency sits at just 64% - a number which has remained stagnant for years.

Today (Friday 21 August) marks the notional date in the calendar that would see the country run out of food if it relied solely on domestic produce.

The UK is only 18% self-sufficient in fruit, 55% in fresh vegetables and 71% in potatoes, according to new figures released.

For both vegetables and potatoes, this has fallen by 16 percent in the past 20 years.

The NFU said government must play a 'crucial role' in reversing this downward trend in food security.

A green recovery from Covid-19 was a ‘golden opportunity’ for British farming to become a global leader in delivering food security, it said.

NFU President Minette Batters explained that being able to feed the population was 'absolutely critical' for an island nation.

She called for a 'horticulture revolution' as the UK's self-sufficiency in fruit and vegetables was falling.

"Even as a global trading nation, shocks can expose fragility in any reliance on imports. We all experienced the impact of this during lockdown.

“Imports will always play a crucial role in our food system but our own self-sufficiency must be paid more attention by government. It is stagnating.

She added that British farming can be central to the green recovery following the Covid-19 pandemic and the subsequent lockdown period.

"We have a golden opportunity to place food security at the centre of our food system and become a global leader in sustainable food production.

“We have the capacity to do much more. We cannot let our self-sufficiency slip further," she said.

To remedy this, the government has been urged by the NFU to place food security at the heart of wider policies.

The union calls for an annual reporting system to ensure the UK does not allow domestic food production to diminish.

Mrs Batters said: "Better water infrastructure can allow us to use one of our most abundant natural resources in rainfall to more effectively grow food and take a more integrated approach to water management.

“Farmers are uniquely placed to improve their productivity while delivering for the environment."