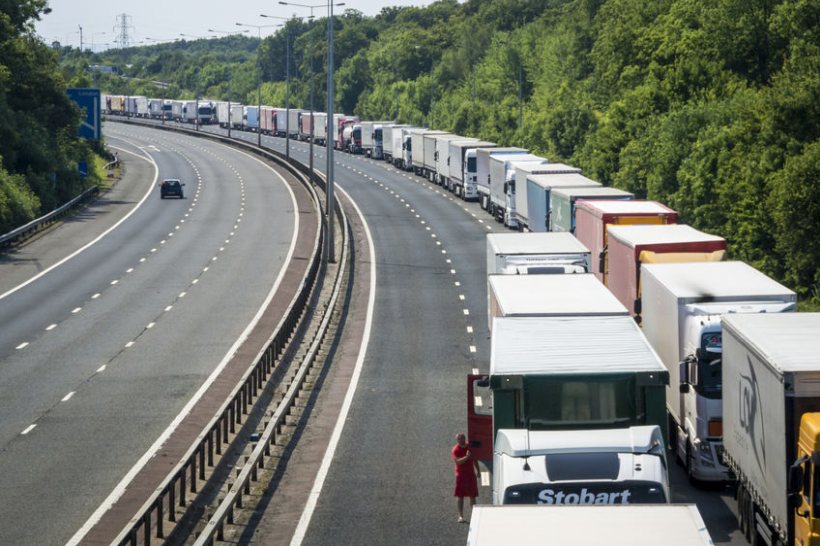 Firms should be given a grace period to stop food going to waste, peers say

Food and farming businesses should be issued a post-Brexit grace period of up to six months to adjust to the new export regime or risk food rotting at the border, peers have warned.

Tons of food could be left to rot in lorries due to delays cause by the new UK-EU export red tape, the House of Lords EU Environment Sub-Committee said.

Food bound for Europe from Britain could also be 'turned back at borders or not transported at all'.

The committee said ministers should give food, farming and haulage businesses 'two to six months' to adjust to the new export regime, which starts on 1 January.

In a letter to Defra Secretary George Eustice, the committee asked the government to secure a grace period to help worried businesses adapt to the new rules.

Chairman Lord Teverson said food and farming businesses did not know what rules would apply, and that government guidance was 'sometimes contradictory'.

“Given that the government’s negotiations have left industry with just two weeks to prepare, this grace period seems like a proportionate request," he added.

“The main message from businesses is that the government isn’t ready for 1 January, which means that they can’t be ready either.

“Without clear information it is impossible for businesses to adjust, which will mean that from 1 January their produce may not be picked up by hauliers, might be turned around at the border, or in the worst case could spoil in vans."

He added: “Industry wants to make the new arrangements work and has been heeding government warnings to get ready, but ministers must explain exactly what the changes will be and provide the support that farmers and businesses need.”

The committee has also asked for clarity on what tariffs would apply to British food and agriculture exports if the government does not agree a trade deal with the EU.