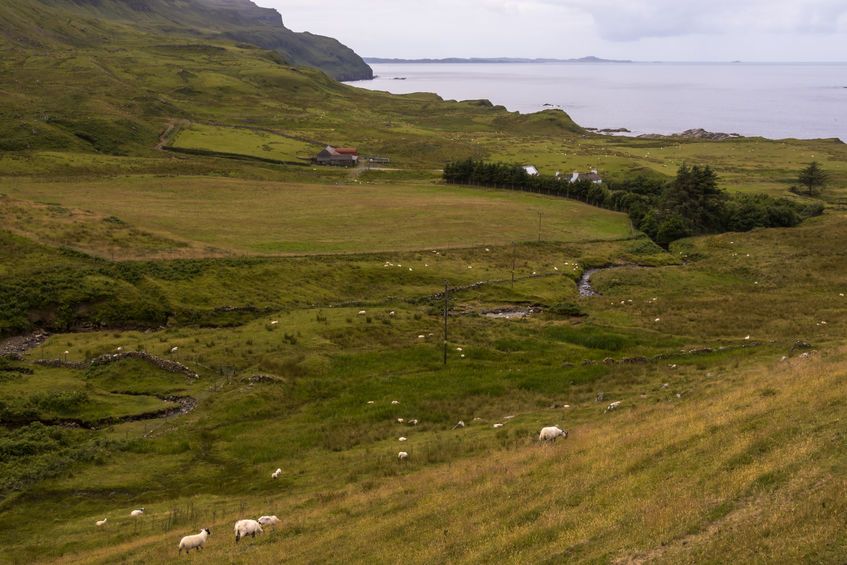 A grant has been awarded to help safeguard the future of a remote abattoir on the island of Mull which faced closure.

One of only 107 small abattoirs in the UK, Mull Slaughter House employs just five people.

The service is a vital lifeline for farmers in Argyll and Bute, the Highlands and Islands.

Its closure would require livestock to travel a further 145 miles by road and ferry to the Central Belt.

Farmers have highlighted how this would lead to unnecessary stress to the animals and added transport costs, many of whom are already struggling to make a profit.

This also raises the question of whether meat from the local area could then continue to be marketed as local produce.

Responding to this, charities the Prince’s Countryside Fund and the Prince of Wales’s Charitable Fund have together awarded a grant to help protect the future of Mull Slaughter House.

The grant recognises the vital role that the abattoir plays in this rural and isolated community and the fact that whilst it is operating at full capacity, the financial challenges of small margins and new regulations can be insurmountable.

The abattoir currently receives support only from private grant funding.

Run by a committed team of volunteers, the abattoir is a community benefit society that has been in operation for four decades.

Originally set up by a group of farmers in the early 1980s, it was rebuilt following a fire in 2010.

Claire Saunders, Director of the Countryside Fund said: “The Fund is deeply concerned with ensuring that the critical role local abattoirs play in their economies is recognised, safeguarded and that they have a sustainable future.

“Many butchers, farmers and crofters depend on the service offered by the Mull Abattoir and we believe it needs proper support.”

In December 2018, the Countryside Fund awarded £50,000 to the construction of an abattoir on the Isle of Skye and Lochalsh to ensure that local meat production is financially viable.