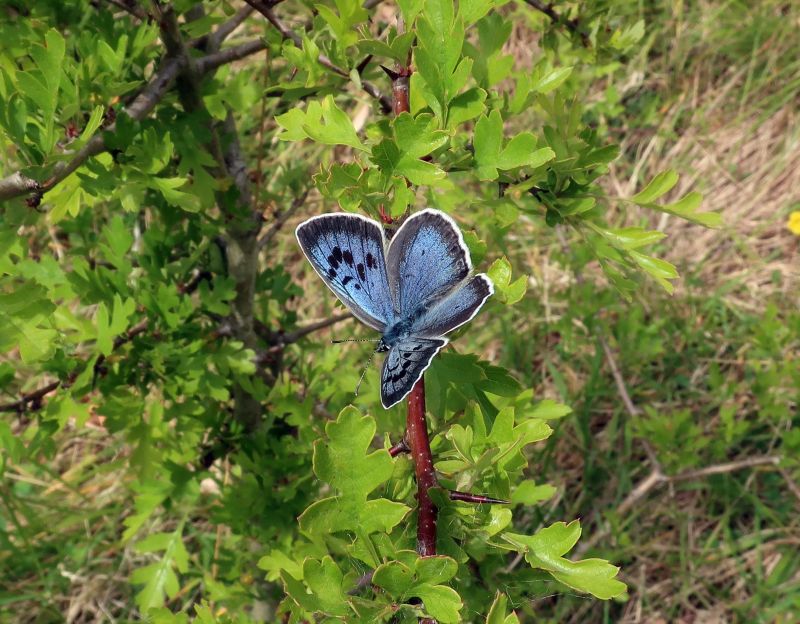 The globally endangered species has been successfully reintroduced as part of efforts to halt the worldwide decline of this special insect.

The project marks the largest ever reintroduction of large blues in the United Kingdom.

1,100 larvae were released on the 351 hectare (867 acre) site last August after five years of prepping the commons for their return.

An estimated 750 butterflies successfully emerged on the site over the summer.

The commons, which are Special Area of Conservation, were selected for release because they support all of the key elements and habitat required by the butterfly. 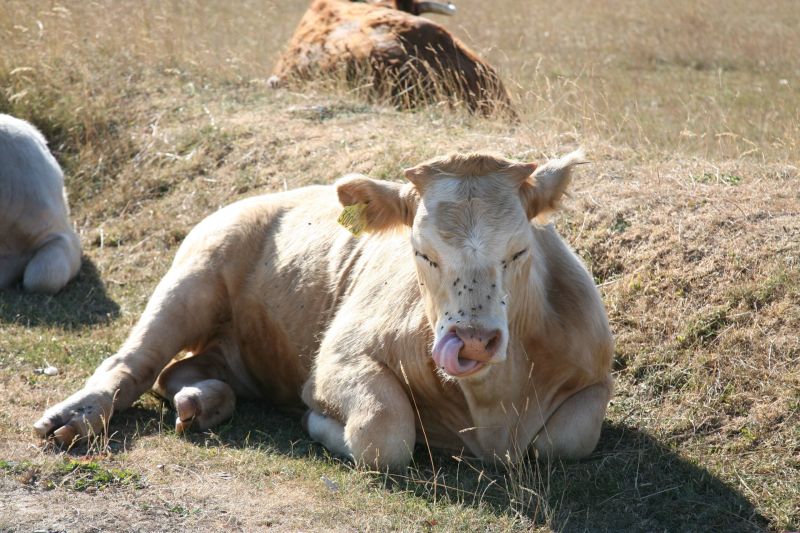 The grazing cows create the ideal conditions for the rare butterflies

Small, temporary grazing areas were created by using electric fences, allowing cows, including Luing, Hereford and Long-horn cattle, to graze some of the slopes that were traditionally less attractive to the free roaming cattle throughout the year.

David Simcox, co-author of the commons management plan said: “The butterfly needs high densities of the heat-loving red ant, Myrmica sabuleti which has a crucial role to play in the lifecycle of the butterfly.

“Then, in the summer when the ants are out foraging, nature performs a very neat trick – the ants are deceived into thinking that the parasitic larva of the large blue is one of their own and carry it to their nest."

He added: "It’s at this point that the caterpillar turns from herbivore to carnivore, feeding on ant grubs throughout the autumn and spring until it is ready to pupate and emerge the following summer.”