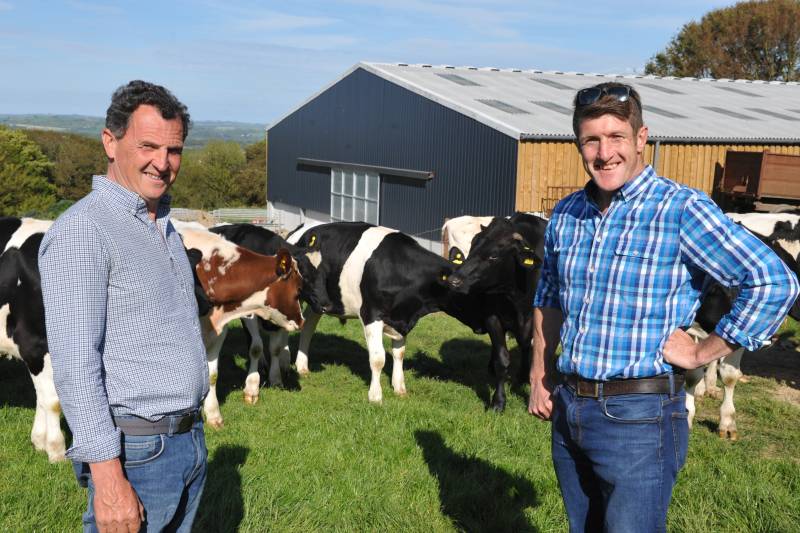 Suckler beef producers could halve their winter housing period and associated costs by establishing a rotational system of grazing.

Welsh farmer James Evans has proven this is possible since putting the grazing system in place for the herd of 300 Stabiliser cattle he runs on a contract farming agreement.

He has shortened the housing period from six months to just three and reduced silage usage by 50%.

Mr Evans admitted that a decision to switch to organic production by the farm owners changed his attitude to grazed grass.

“Rather than accepting reduced profits and production by keeping things as they were, we decided to focus more on grass,” said Mr Evans, who farms at Partridge Farm, Bishop’s Castle.

He employed a grazing consultant as “a fresh pair of eyes”. “He made me realise that we weren’t utilising grass in the way we should be,” Mr Evans told farmers attending a Farming Connect event.

A series of 1 hectare paddocks was created by establishing a semi-permanent electric fence around the perimeter of the area earmarked for grazing and further dividing these with electric fencing.

Each paddock is grazed for two or three days by 40-50 cows and their calves.

“Rotational grazing has allowed us to extend our grazing period. Some cattle aren’t housed at all, they are either wintered on deferred grazing or on forage crops such as rape and kale undersown with Italian ryegrass,” said Mr Evans.

Water is supplied to each paddock via a portable trough connected to above ground water pipes.

This system has helped overcome the challenge of supplying drinking water to each paddock.

“We have all seen rotational grazing working in dairy systems but suckler farmers think it might not work for them because they mostly have smaller mobs for grazing and believe there will be an issue with water supply.

“We have put pipework on top of the land and that allows us to have a portable water trough which we can move around every paddock.”

All the breeding bulls are grass-fed when they are sold at 18 months and this creates additional interest among buyers, Mr Evans said.

Sarah Hughes, Farming Connect Red Meat Technical Officer (South West Wales), who organised the event at Penrallt Farm, said Mr Evans had demonstrated that by focusing on grassland management it is possible for farmers to reduce their costs.

“In a recent benchmarking survey, the top 25% of farmers were monitoring their overheads, focusing on details and understanding their markets. Better utilisation of grazed grass is part of that,” she said.