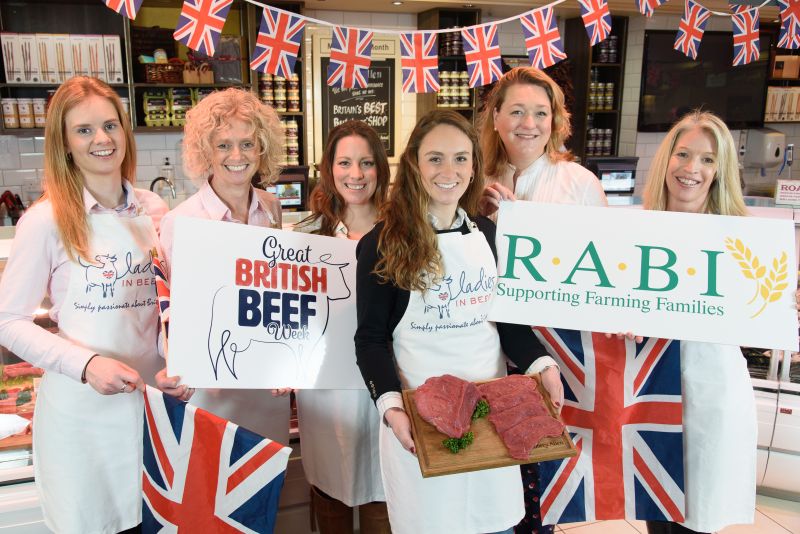 A weeklong initiative which celebrates the work British farmers do in producing sustainable beef will return later this month.

Great British Beef Week, taking place from 23 to 30 April, returns for a twelfth year with farmers, processors, retailers and butchers all uniting to celebrate the UK’s iconic meat.

The event is the brainchild of Ladies in Beef, a voluntary organisation of female beef farmers founded by Devon producer Jilly Greed and NFU President Minette Batters.

GGBW will feature industry promotions on beef packs in-stores, dishes on menus and in print and social media.

Meanwhile, a number of shopper-focused special events will occur across the UK to raise funds for the Royal Agricultural Benevolent Institution (RABI) charity.

Environmental sustainability is the theme for this year’s campaign, which is once again supported and underpinned by evidence and data from AHDB.

The aim of the weeklong event is to highlight how British beef farmers work to produce some of the most sustainable beef in the world.

Real-life farm stories and infographics will be central in sharing the facts about British beef production and its positive environmental credentials.

Responding to GBBW's return, Mrs Batters said the UK had the credentials to be world leaders in sustainable red meat production.

She said UK producers could set the global standard for high welfare, climate-friendly beef, while helping to build the British food brand.

She added: “British farmers already have an ambition to become net zero by 2040 and our beef production is already incredibly sustainable, with greenhouse gas emissions from UK beef already less than half the global average."

Those wanting to get involved can visit the Great British Beef Week website and use the #GBBW2022 tag on social posts.