Grocery market 'never as turbulent as this' 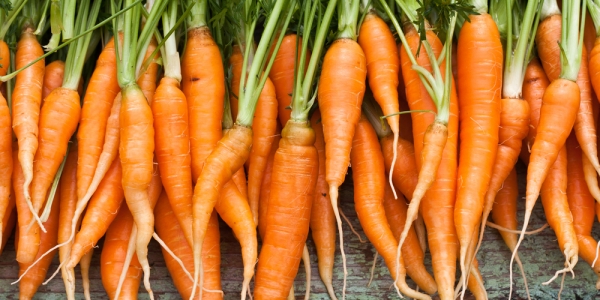 The supermarket grocery environment is hugely turbulent, but the rapid rise of discount retailers Aldi and Lidl’s fresh meat sales was of great importance to Welsh farmers, a retail consumer analyst states.

“The grocery environment is hugely turbulent. I’ve never seen it as turbulent as this,” said Ed Garner, Communications Director of Kantar Worldpanel. “Aldi fresh meat sales are growing at over 40 per cent and at 32 per cent overall on fresh and chilled; it’s a bit of a go-to store for fresh meat. Lidl is also up 23 per cent on fresh meat.

“These figures are really important to you.”

Shoppers are now sharing their purchases between two major retailers - either Aldi and Lidl and one of the other major supermarkets. “The two discounters are getting a quality reputation and they are seeing spectacular growth,” said Mr. Garner. “Aldi is growing again and Lidl’s rate of growth is increasing again - now 14 per cent growth.

He said the only other gainer was Waitrose, who are up plus three per cent in a year. “The three gainers have added £6.7 billion over four years. Compare with the others: it’s a huge problem for Tesco; Asda is under considerable pressure; Sainsbury’s is holding up better than anyone else.”

He said the two discounters were now concentrating their marketing on projecting the quality of products and not just their price.

“Aldi and Lidl used to be funny sheds that sold stuff you didn’t see elsewhere; now everyone goes there and their demographics are on the national average. However, they are not yet “the big shop”.”

He said major difference was reflected in the concept of “Every Day Low Price”. “The Big Four have something like 45 per cent on some sort of deal like “buy one get one free”. By and large Aldi do not promote - they say, “here it is; here is the price.”

“Budget labels are in decline, largely it seems because consumers think they are not good quality, whereas products in the discounters are thought of as good quality - and there are signs that both consumers and suppliers like that consistent approach.

“So where is the fight back from the others? The Waitrose Chief Executive said they are going to be “everything the discounters aren’t”; they talk about the provenance and their reasons for shopping are not about price. Waitrose is ploughing a furrow about the values of the shopping experience.”

He said one weapon in the armoury of the Big Four was internet sales. “The internet is still growing - currently in double digit growth, with young families purchasing at 12 per cent. That’s where Aldi and Lidl are not - and it’s a bit of a defence.”

He said the discounters are no longer about a dour shopping experience. “They understand the store experience is important. An example of this change is a new Lidl store that is to open soon. That will challenge your opinions of Lidl, what their stores are and what they represent.”

Another disadvantage was that Aldi were growing faster than their store base “so if you go at the wrong time, you will find parking difficult and queues at the checkouts.”

The nub of it was that the main stream supermarket stores have still got their shoppers; 98 per cent still go there - “but they don’t have all their money.”

Mr. Garner said independent butchers still have 10 per cent of the fresh meat market “but it is under pressure.” He said there was something interesting in the annual and the most recent 12-weekly lamb shopper statistics. “Over 12 months, there is a pattern that suggests the same number of people are still buying lamb but they are buying less and at a lower frequency. This would be quite a gloomy outlook for the industry if it wasn’t for the most recent 12 weeks. It’s completely different!

“The markets are up 1.8 per cent in that time; they are buying 3.3 per cent more per head and frequency is up 4.5 per cent. Why? Because it’s such a turbulent, spiky market.”

Looking at broad-based information, he said lamb was to Easter what turkey was to Christmas and “that’s a difficult market for you; you either miss the boat or New Zealand gets on it before you. There is a huge profile difference between butchers and supermarkets. Fresh lamb is 16 per cent of butchers’ sales and nine per cent in the grocers. Butchers tend to sell the premium roasting cuts; the grocers are at the cheaper end, including mince and stewing.

“Lamb’s strength is part of the older profile; it’s nothing new, but it remains a premise that as you get older you are more likely to be buying lamb and that means younger consumers have got to be your life blood moving forward,” said Mr. Garner.