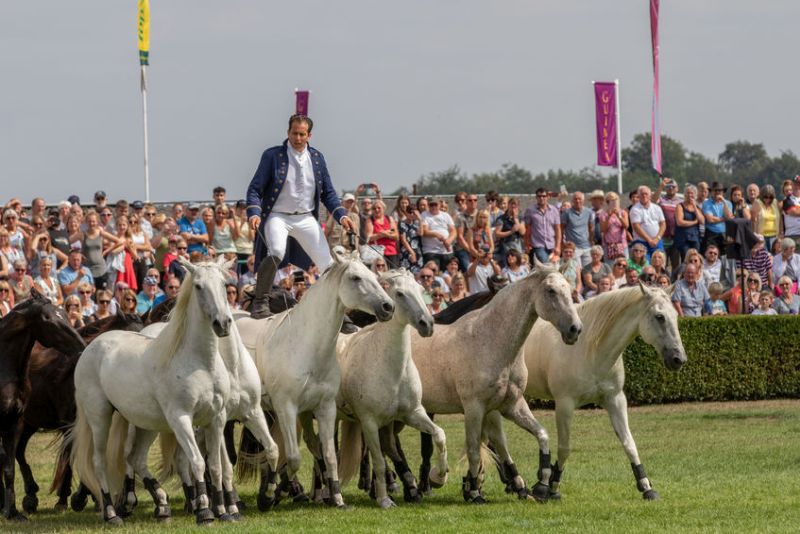 A man has been taken to hospital after he was knocked unconscious by a prized bull at the Great Yorkshire Show.

The handler suffered non-serious head injuries after he was 'dragged' by his 'spooked' Limousin bull on Tuesday (9 July).

The incident happened after the animal was being judged in the show ring at the North Yorkshire event.

Winning handler taken to hospital with head injuries after being kicked by his prize bull at the Great Yorkshire Show, Harrogate. pic.twitter.com/oS2lzzWGYD

The man, who briefly lost unconsciousness, was treated at Harrogate District Hospital.

A spokesperson from show organisers Yorkshire Agricultural Society said: “At approximately 9.45am a Limousin bull was being walked out of a ring after being judged when it was spooked and dragged its handler back into and across the ring.

“The handler required medical attention in the ring and has since been transferred to Harrogate District Hospital with what are thought to be non-serious head injuries.”

The event, held near Harrogate, is one of the UK's largest agricultural shows based on the 250-acre Great Yorkshire Showground.