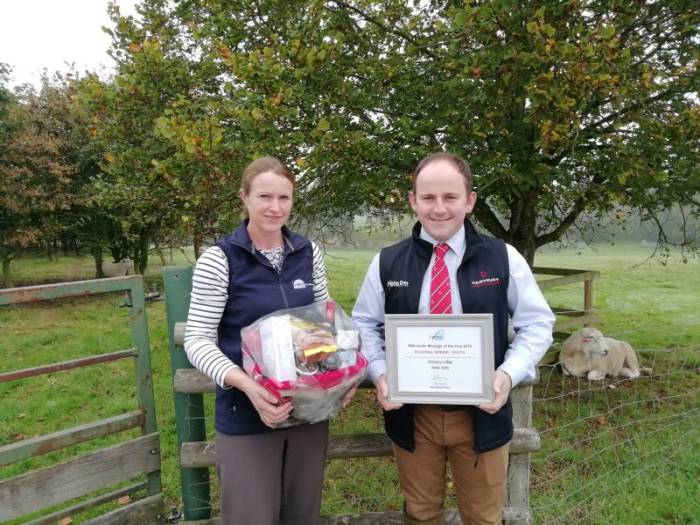 Hartpury has won a prestigious industry award for its on-site commercial dairy farm which features more than 250 cows.

The land-based educational college won Promar International Milkminder Manager of the Year 2019 in recognition of the success of its dairy herd and facilities.

The college has its own on-site commercial farm, featuring more than 250 dairy cows and a modern milking parlour.

And feed costs per litre are also 11% lower than average.

The farm supplies produce to Sainsbury’s, Muller, Glencore and Frontier, and provides students with access to a range of farming equipment.

Criteria on which businesses were rated included overall performance, efficiency measures such as production from forage, and effective development of the system.

Andrew Eastabrook, farm manager at Hartpury, said: “To be awarded this accolade, competing against around 1,200 other dairy herds, is a proud moment and welcome recognition of the technical and financial performance of our dairy herd.

“It bears testament to the hard work put in by all involved.”

“Despite the very dry summer in 2018 they increased yield by 2% while cutting purchased use by a staggering 23%.

“They are managing this while at the same time moving from all year round calving to a block calving system which will improve forage utilisation still further.

“They are setting high standards of animal husbandry and bio-security while playing a vital role in educating the next generation of farmers.”

The Milkminder Manager of the Year Award has been running for more than 30 years and recognises businesses who have made significant advances in their dairy herd performance.