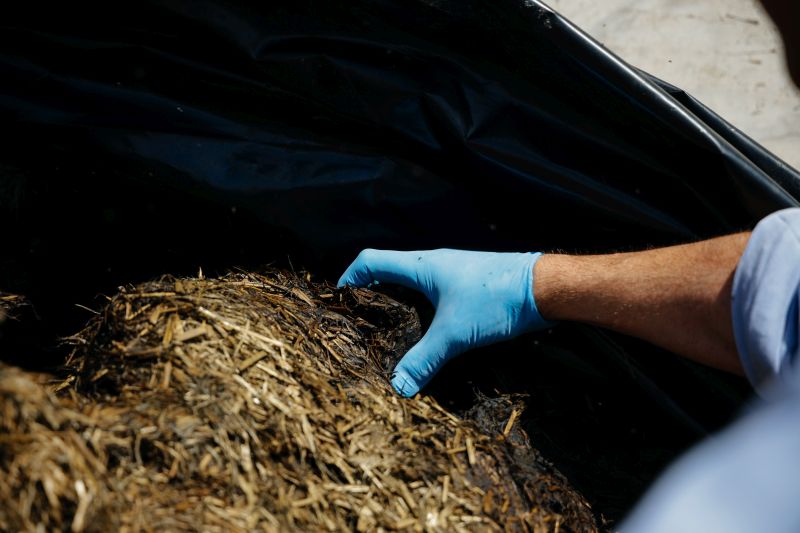 A high risk of mycotoxin contamination in this year’s forage is posing a challenge for many producers, feed experts have warned.

The contamination could be responsible for struggling milk yields and excessive feed waste and under-utilisation.

While many producers have lots of forage available this year due to a bumper harvest, feed company Alltech UK say they have had a record number of mycotoxin related enquiries.

A number of silage test results have also shown high levels of penicillium.

Bob Kendal, of Alltech UK, said: “This is thought to be linked to poor clamp consolidation at harvest due to overflowing clamps, which has meant aerobic conditions have been allowed to build up presenting the perfect environment for penicillium mycotoxins to spread.

“The problem has been further compounded during feed-out, with poor clamp faces allowing further air penetration resulting in surface mould.”

Mr Kendal warned that once mould is visible, damage may have already been done.

Even a low level of mycotoxin contamination in silage has the potential to have a detrimental impact on rumen function.

“Therefore, producers need to be testing forage for contamination regardless of whether they think they have a problem or not, as mycotoxins can go unidentified,” he said.

The Alltech 37+ service tests forage for over 50 different strains of mycotoxins, which helps producers and nutritionists identify the presence of mycotoxins sooner.

If there is a problem, it then allows a nutritional solution to be developed and implemented to tackle the identified issue.

Mr Kendal said: “Incorporating a mycotoxin binder into the total mixed ration (TMR) can help reduce the long-term risk of health and performance issues, which will ultimately help reduce feed waste and underutilisation.

“But, it’s worth ensuring a broad-spectrum mycotoxin binder is incorporated into the TMR, such as Mycosorb A+, which covers mycotoxins originating from penicilliums, which pose a risk in grass silage.

“With high levels of good quality forage around this year, hopefully it should be a good winter for dairy farmers.

“However, it’s important to keep an eye out for mycotoxins and test your forage to help maintain cow health, FCE and milk production,” he added.