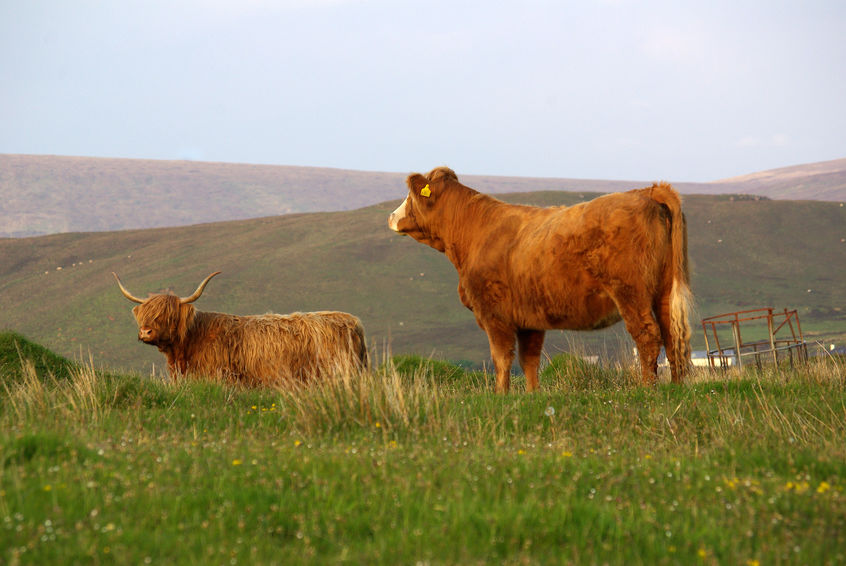 Increased openness to beef imports from the global market could lead to significant competitive pressures for producers in Scotland.

While Scotland is a significant net exporter of beef, the challenge is that different supply chains demand different types of beef products at varying price points.

Therefore, cross-border trade within the UK and international trade acts to balance out these demands, but pending future UK trade deals could impact the home market, even if imports are in small volumes.

In contrast to Scotland, Defra’s UK meat balance sheets show that the UK as a whole is a net importer of beef, albeit that UK production accounted for a higher 86% of the product available for use in 2020, compared to an average of 81% between 2013 and 2018.

The UK and Australia are entering the closing stages of negotiations on a free trade agreement and increased beef market access is a key offensive trade interest for the Australian side.

Iain Macdonald, QMS senior economics analyst said: “One concern for many is that a zero tariff zero quota deal would make the UK a much brighter prospect for Australian exporters, who would then find it economic to scale up their supply chains which are compliant with UK import controls.

“There must also be a concern that offering such favourable terms to Australia would set a precedent for trade talks with other major agricultural exporting nations.”

With Scottish R4L steer prices closing May at £4.17p/kg, increased openness to imports from the global market could lead to significant competitive pressures for local producers.

Australia has a number of different farmgate price indicators, but the trade steer abattoir price was quoted at £3.52/kg in week 22 of this year, up from around £2.75/kg in the same week of 2019, reflecting the sharp fall in slaughter due to a herd rebuilding phase.

In comparison, US farmgate prices are currently trading just under the £3/kg mark, with cattle backing up on farms due to abattoir labour shortages.

Despite being a net importer overall, UK traders export products to countries with stronger demand than can be realised in the home market, such as lower value cuts of frozen beef to Hong Kong.

A further concern for the industry with the trade negotiations currently underway is that they seemingly offer limited opportunity for UK beef exports to increase to these markets, given their large domestic beef sectors and significant non-tariff barriers, including distance.

Due to the level of export activity, imports therefore make up a higher share of net beef supply than the gap between home production and total market supply would initially suggest.

Mr Macdonald said: “However, the multipliers used in these calculations to convert the product weight of imports into a carcase weight equivalent may understate the true level of import penetration.

"This is particularly true for imports from outside the EU which have tended to arrive under reduced tariff or zero tariff import quotas for a small volume of premium cuts of boneless beef.

"A relatively small volume of beef from non-EU countries can therefore displace the higher value parts of a large number of home-produced beef carcases."

Beef arriving from non-EU countries will have largely been produced in a segregated supply chain specific to the terms of the quota to ensure that the product is compliant with food safety controls aiming to protect animal and public health.

HMRC import statistics show that between 2011 and 2020, imports of beef to the UK from non-EU countries have fallen sharply.

This product averaged 53% more expensive than imports from the EU between 2016 and 2020, at £5.87/kg to £3.82/kg, highlighting the different supply chains entered by these products, said Mr Macdonald.

For imports from the EU, Mr Macdonald notes that lower price points and much higher quantities suggest that these products are likely to have been beef for mincing and dicing.

These products are destined mainly for food manufacturing and event catering, though some will have been used in retail as a ‘value’ offer, including some steak cuts.