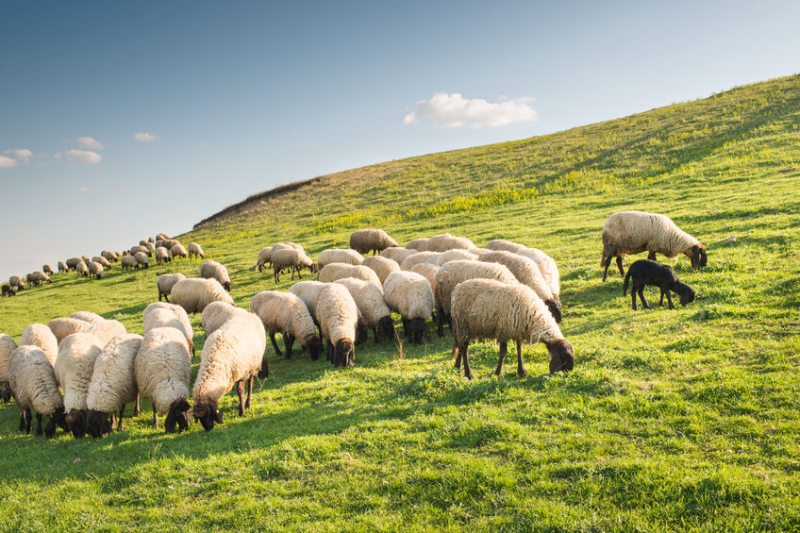 A Welsh hill farm is unlocking the production potential of its grassland by acting on the results of an annual soil testing programme.

The Edwards’ family are taking steps to improve soil and livestock management at Hendre Ifan Goch, a farm at Blackmill, near Bridgend, to reduce emissions.

In their first year of the programme, spearheaded by the Welsh government's Farming Connect, soils at the 91-ha Severely Disadvantaged Area farm have been tested.

Although the overall carbon levels were shown to be good, active carbon levels are low, indicating that soil biological activity is challenged due to compaction.

When water can’t move down through the soil, it sits in the top few inches, slowing down grass growth during dry conditions because roots can’t reach moisture deeper down.

To address this, the soils have been aerated with a mechanical aerator; this perforates the soil with small holes to allow air, water and nutrients to penetrate the grass roots.

Rhys Edwards, who farms with his father, says this will alleviate compaction and help roots to grow deeper, allowing stronger and more vigorous grass swards to grow.

Lime has been applied to speed up the mobilisation of the soil biology and to release soil nutrients, he says.

“One of the fields we tested had a pH of 5.8 and we were advised that it has a potential for 6.7, that is production we are missing out on," Mr Edwards admits.

“We struggled for grass at the end of June, I know that was a situation that a lot of farmers were in because of the dry weather but perhaps in future years the farm can perform better in dry spells as a result of the improvements we are making.’’

Lime has been applied to that field and others, but Mr Edwards knows the results won’t be immediate: “It is a long process but we are moving in the right direction."

The target is to increase soil organic matter and soil carbon levels by 1% annually. The current organic matter levels at Hendre Ifan Goch range from 10% – 14% from the three trial fields sampled.

One strategy implemented is rotationally grazing the flock of 400 Aberfield-type mules, 200 Welsh mules and 130 ewe lambs.

Mr Edwards says his aim is to make the farm carbon neutral: “As farmers we have a responsibility for reducing greenhouse gas emissions and need to take a longer-term approach to how we farm."