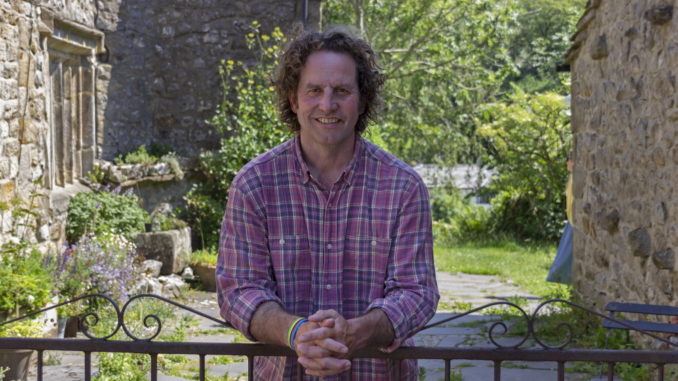 A 'nature friendly' hill farmer from Malhamdale in North Yorkshire has been elected chairman of the Yorkshire Dales National Park Authority.

Neil Heseltine, a upland farmer who produces beef, lamb and wool at Hill Top Farm, has been a member of the authority for six years.

He was elected chairman at Tuesday's (30 June) annual general meeting of the authority and succeeded Carl Lis, who stepped down after serving a total of 12 years.

Addressing the meeting, Mr Heseltine highlighted the importance of 'continual improvement' within the National Park.

“I’m motivated by what’s outside the window – the Yorkshire Dales National Park – the landscape, the environment, the wildlife, and the people who live in that landscape, work in its environment and who visit.

“It’s important that as an organisation we recognise the collective work that has gone on before and strive to improve," Mr Heseltine said.

“I’m not suggesting that’s going to be easy, we’re in the midst of one of the biggest challenges of our lives, but with that challenge comes opportunity and new ways of working.”

Speaking about farming in the area, he said it was 'encouraging' to see the direction the agriculture bill had taken, particularly with its focus on the environment and biodiversity.

"As a National Park, I believe that it is a huge opportunity both for farmers and for the environment because it allows us to play our part in mitigating climate change, influencing future land management and delivering more plant, animal and bird life," he added.

The chairman of the National Park Authority is a key leadership role for the area. About 2,700 people are still employed directly in agriculture in the Dales.

Mr Heseltine's role will see him speak for the authority, guide its work, maintain political links with local councils and other agencies and support the authority in fulfilling its statutory purposes.