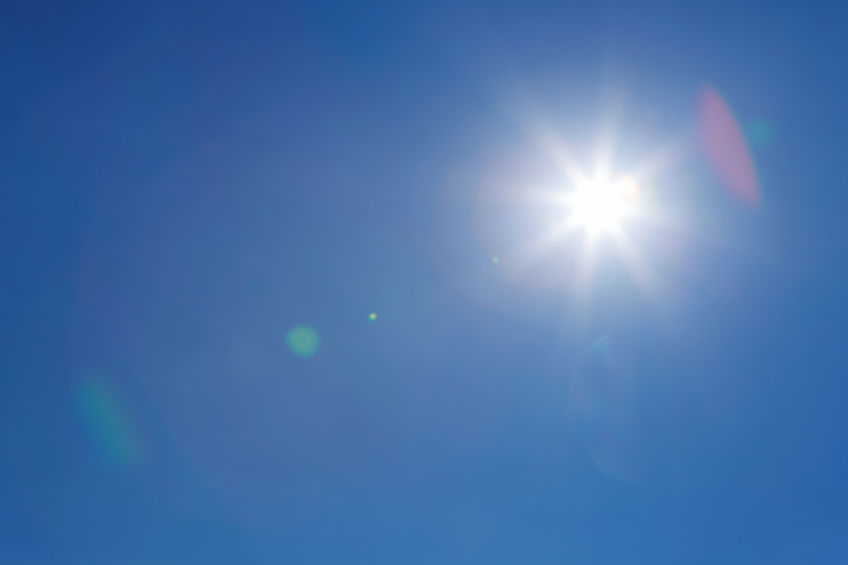 Working in the sun and hot weather poses serious risks to farmers' health, the NFU has warned as temperatures are set to remain high for the next few days.

The union has issued farmers advice and guidance on working safely in hot weather after Public Health England issued a heat-health alert.

Even in the temperate climate of the UK, working in the sun and hot weather presents risks to health, which are heightened for those who work outside.

One of the most serious risks for farmers is skin cancer, which is the most common type of cancer in the world.

Occupational UV exposure is an attributable factor in one death and five new cases of skin cancer per week in Britain.

Guidelines by the Health and Safety Executive (HSE) state that UV radiation should be considered an occupational hazard for those who work outdoors.

Therefore, employers of outdoor workers have a legal duty to safeguard, as far is reasonably practical, their employees from the effects of UV radiation.

In surveys conducted by SC Johnson Professional, only one in four outdoor workers reported wearing sun cream at work, with the most common reason for not doing so being the effort of applying it.

The NFU says there several ways to keep farmers and their employees safe from the effects of UV radiation exposure when working outdoors.

"Keep a supply of sun cream of at least SPF15 in a convenient location, for example at the doorway of farm buildings. Sun cream wall dispensers can be used for ease," the union says.

"Stay covered up, with lightweight trousers and long sleeved top. Wear a hat with a brim or a flap that covers the ears and the back of the neck."

It adds: "Stay in the shade whenever possible, and during your breaks and especially at lunch time and during the hottest part of the day. Drink plenty of water to avoid dehydration."

Steps that employers can take to protect workers include rescheduling work to cooler times of the day, and providing more frequent rest breaks and introducing shading to rest areas.

Farmers should also provide employees with free access to cool drinking water and introduce shading in areas where individuals are working, the NFU advices.

The HSE has also produced a leaflet containing guidance for farm employers on keeping outdoor workers safe in the heat.