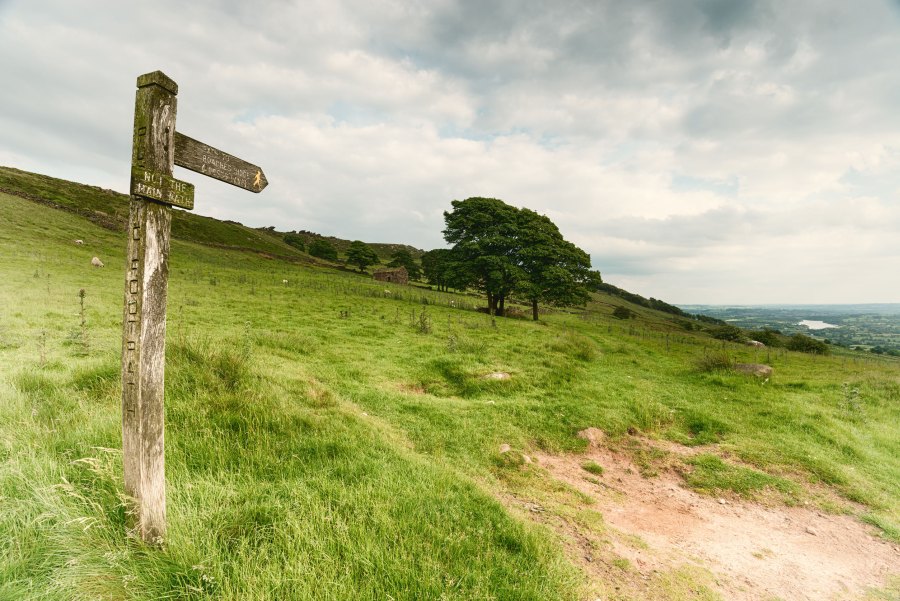 Many public rights of way cross privately-owned land, which can have serious implications for farmers and landowners.

Whether it is a route across a farmyard, a commercial property or a private garden, it restricts how land can be used and can affect security and privacy.

This clash of interests between the landowner and the right of the public to enjoy the network of footpaths, bridleways and byways that cross England and Wales has been brought into sharp focus by the current rights of way reforms package.

This reforms package, which has been partly implemented with the ‘right to roam’ introduced for the public in 2000, still has some way to go to help landowners.

Earlier this year, they suffered a major blow when Defra announced that it would no longer be implementing a cut-off date of 1 January 2026 for unrecorded public rights of way to be added to Definitive Maps and Statements.

What does this mean for landowners?

By implementing the cut-off date of 1 January 2026, unrecorded routes which were only claimed to exist on the basis of evidence which pre-dated 1949, would cease to exist.

There have been 22 years since the cut-off date was first set out in the Countryside Rights of Way Act 2000, providing an opportunity for those wishing to submit claims for historic unrecorded routes to do so before the cut-off date.

With the decision to scrap the implementation of this cut-off date, landowners are left vulnerable to the continued recording of public rights of way over their land, based only on historical evidence of the existence of routes.

Diverting or extinguishing a right of way

Despite this, there is positive news on the horizon for landowners. In the same announcement where the cut-off date was cancelled, Defra did however confirm its commitment to implementing the ‘right to apply’ for a public path diversion or extinguishment order.

The procedure for diverting or extinguishing public rights of way is prolonged and complex.

It requires the applicant to make the case for the change, leading to the local authority agreeing to take the proposal forward but giving the public the opportunity to object, including by seeking a public inquiry.

Councils also rarely have sufficient resource to be able to deal with applications in a timely fashion, with some saying the waiting list is years long.

Other local authorities refuse to accept any applications, saying they must focus their rights of way budget on its public rights of way duties, including determination of the claims for unrecorded route.

This can be a frustrating experience for landowners who may perceive the councils’ focus on claims as unfair.

Changes to the network can be needed for many reasons. Some of the most difficult for farmers and landowners are:

• Where the planning process has failed previously and a route actually runs within a dwelling, causing distress and blighting any sale

• Where changes are wanted to help farming safety in busy modern farmyards, or to enable livestock, especially cattle, to be grazed without the public passing directly through the field

Guidance for local authorities known as the ‘presumptions guidance’ has long been intended. It advises councils on the weight that is to be attached to the impact of a route on a private dwelling, a working farmyard or a commercial premises.

It will also assist councils when deciding where the balance falls between a benefit to the landowner and any negative impact on the public when determining applications affecting these types of properties.

How will this legislation get agreed?

Now managed by Defra, its original purpose has evolved into working to complete these outstanding legislative and procedural reforms.

Defra says it remains “committed to seeking to make improvements to rights of way processes and procedures where possible”.

To support this, the SWG landowner interest group comprises various representatives to provide a voice for landowners, including from the NFU and the Country Land and Business Association (CLA).

As a specialist consultant in public rights of way law with over 30 years’ experience working with the legislation for public path orders, I am pleased to offer my experience and expertise to the SWG landowner interest group.

Together the SWG is working to implement changes to legislation aimed at improving procedures and decision making for public rights of way.

This is in addition to ensuring the right to apply legislation is implemented with guidance for to local authorities.

The decision not to implement the cut-off date for the addition of unrecorded public rights of way to Definitive Maps and Statements was a major blow to landowners, but there is still much to be optimistic about.

Once the ‘right to apply’ legislation is implemented, and the ‘presumptions guidance’ to local authorities is in place, landowners should feel that they have much more of a say in managing public access on their land.