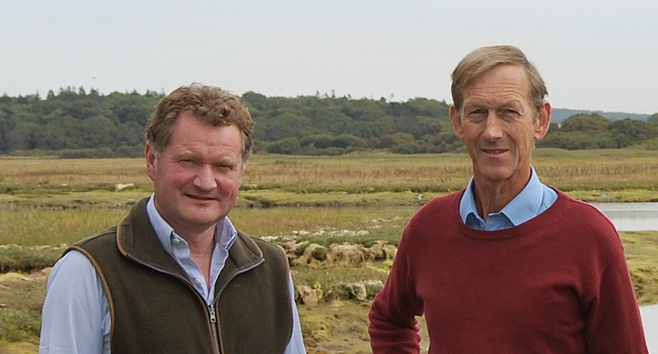 The campaign for a fair deal for rural businesses affected by HS2 has received a boost through action from the Planning Minister to address a major business concern.

Planning Minister Brandon Lewis has announced he is writing to every local planning authority along the HS2 Phase One route on the subject of replacement buildings.

His letter will encourage the planning authorities to take a positive and proactive approach to those seeking permission to replace buildings that have been compulsory purchased by HS2. Many of these buildings for operational purposes will need to be replaced before the current ones are lost.

The CLA, which represents landowners, farmers and rural businesses, has been seeking action from Government for fairness on this issue. The organisation highlighted the need for a solution when giving evidence to the HS2 Bill Select Committee, and has sought action through meetings with Ministers and MPs, including with Mr Lewis.

CLA Deputy President Ross Murray said: “Our members have experienced firsthand the problems of a restrictive planning system when seeking to replace buildings in advance of demolition for HS2.

“Being unable to provide much needed replacement business-critical structures - for example silage storage and milking facilities, offices and holiday accommodation - is an unacceptable position. It threatens the viability of successful rural businesses whose owners are committed to continuing throughout the prolonged planning and building stages of this railway.

Mr Murray added: “The Minister’s letter recognises this concern and we urge local planning authorities along the route to support the rural economy by following the guidance from central Government.

“This is a positive and welcome first step but the CLA will continue to push Government to go further and create a Permitted Development right to smooth the process for replacing all buildings lost to compulsory purchase. As we look to the major infrastructure schemes announced for delivery over the coming years, this Permitted Development right should be applicable for those schemes too.”