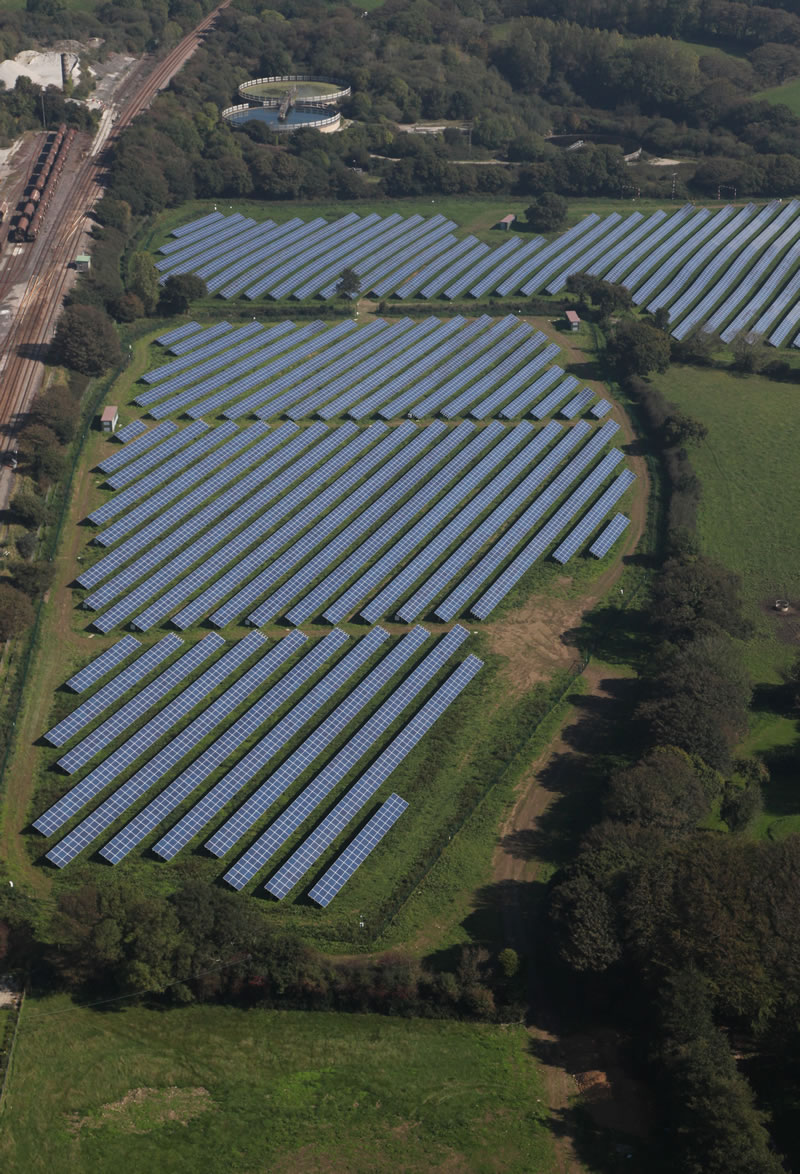 Inazin Power Ltd, a leading developer of large scale solar parks in the UK, has successfully developed and managed the build and connection of 23 MW of solar power. Four sites situated in Devon, Dorset and the Isle of Wight were commissioned and built on time in March 2013 to beat the Renewable Obligation (RO) step-down deadline on 31st March.

The four parks are located at Shroton and Wareham, both in Dorset, Freshwater on the Isle of Wight and in Plymouth in Devon. In prime solar positions of between 24 and 50 acres the parks comprise over 100,000 photovoltaic solar panels producing over 23,000 kWh (Kilowatt hours) per year, offsetting over 12,500 tonnes of carbon which equates to sufficient energy to power 7,200 homes.

Working in conjunction with its funding partner, Low Carbon, Investec as the provider of debt finance to the projects and the EPC contractors, Abakus Solar and Oskomera Solar Power Solutions, the team at Inazin had to manage the rapid build programme within tight deadlines and very challenging weather conditions.

Inazin CEO David Sandilands said: “Drawing on our experience of developing the UK’s largest portfolio of large scale solar parks under the Feed in Tariff we were able to mitigate risks and ensure that we met the high specifications of the RO on time and on budget. It was a real team effort together with our partners. We are very glad that we commissioned our sites well inside the end of March deadline which other developers were unable to do. As a forerunner in this young industry our goal in 2013 is to expand the UK’s solar energy capability with plans to build out a further 35MW commencing shortly and additionally bring online in the order of 100MW by March 2014.”

The site at Freshwater on the Isle of Wight alone is capable of producing 7.5MWh of electricity every year and is the largest solar park to be developed on the island. Landowner Jamie Sheldon said: ““This is a landmark project for the island and shows that even in areas like the Isle of Wight, large and immensely important projects can be carefully incorporated. This project was about creating a sustainable solution that will benefit those on the island and the environment for years to come.

Throughout the project I was impressed with the team at Inazin who demonstrated skill and dedication in the worst weather conditions for decades, ensuring the park was built and connected on time."