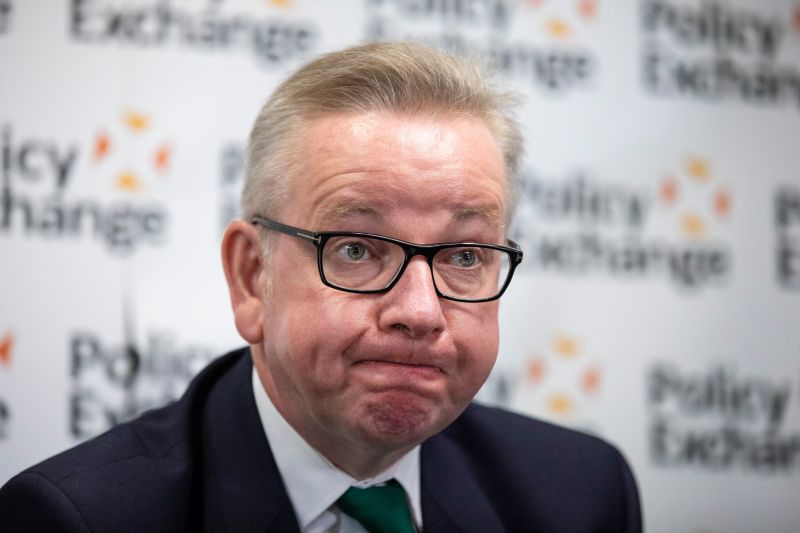 Michael Gove said the panel would consider each country's circumstances, including environmental, agricultural and socio-economic factors, including farm numbers and sizes

An independent review is to be set up to scrutinise how farm funding should be distributed around the UK after Brexit.

The Government has announced the review in order to deliver "fair funding" for farmers in England, Scotland, Wales and Northern Ireland.

Defra Secretary Michael Gove has announced that an independent advisory panel will look at what factors should determine the distribution of agriculture funding.

This will consider each country’s individual circumstances, including environmental, agricultural and socio-economic factors.

Farm numbers and farm sizes will also be taken into account to make sure all parts of the UK are treated fairly.

The review, led by Lord Bew of Donegore, will provide recommendations for how the annual amount of convergence funding is fairly split between the four countries in the remainder of this Parliament once the UK has left the Common Agricultural Policy.

It will be informed by previous allocations but will not revisit these decisions or redistribute money that has already been committed.

The review comes as the Government guarantees that it will not apply the Barnett formula to changes in Defra funding beyond this Parliament.

This means that farmers in Wales, Scotland and Northern Ireland will not just be allocated funding according to the population size of each nation, which are in each case significantly smaller than England.

The Government has also confirmed that overall funding for UK farm support will be protected in cash terms to the end of the Parliament in 2022.

Mr Gove said: “This important review, led by Lord Bew, will explore how we can deliver funding for farmers that supports the individual needs of England, Scotland, Wales and Northern Ireland.

“We are committed to making sure that future funding is fairly allocated, and are also confirming that the Government won’t simply apply the Barnett formula to Defra’s funding beyond this parliament.

“Meanwhile our funding commitment up until the end of the Parliament gives more certainty for UK farmers than any other EU member state.”

Lord Bew said: “I’m very pleased to be chairing this review to explore an issue that is important to so many in the agriculture sector.

“I am anxious to consult widely and I look forward to getting started as soon as my fellow panel members have been appointed.”

A Scottish Government spokesman welcomed the review but warned: “This review must not simply be an exercise in playing for time in delivering funding to Scotland’s farmers which is rightfully theirs.

“The only reason the UK, as the Member State, qualified for an uplift is because of Scotland – therefore, the only fair funding solution for Scottish farmers and crofters is for them to receive the £160 million in convergence funding due to them. Anything less than this is completely unacceptable.”

The review will conclude prior to the 2019 Spending Review with the aim of informing future funding decisions.