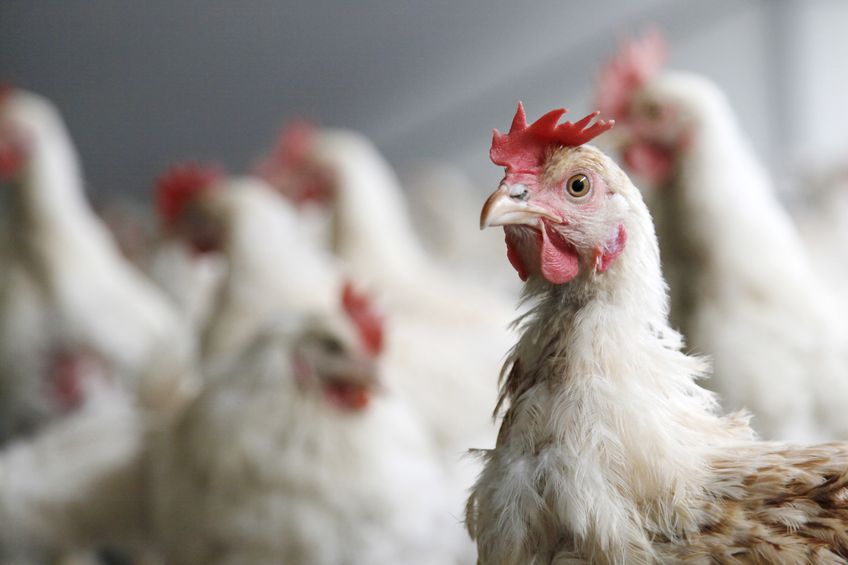 Current guidelines on animal welfare standards are to be devolved to industry groups to make it self-regulating, under plans drawn up by ministers.

The British Poultry Council (BPC) will release new guidelines and will be in charge of writing new animal welfare codes.

Other livestock sectors, including the cattle, pig and sheep industries could also face similar changes in the future.

A Defra spokesperson said welfare legislation that sets out criminal offences will remain in place alongside new standards set by the industry.

"No changes are being made to farm animal welfare legislation or the strict enforcement and penalties that apply,” she said.

"Instead, the British Poultry Council has produced new non-statutory guidance on how to comply with the legislation. The industry-led guidance can also be used as evidence in court to prove criminal liability and will ensure farmers have the most up-to-date and practical information."

"Abandoning codes of practice for farm animal welfare is not in the best interests of the animals and will not produce higher quality food.

"In the wake of food scandals from horsemeat to campylobacter, scrapping government standards risks undermining public confidence in the food we buy."

"This Government seems hell-bent on cutting so-called 'red tape' and 'government interference' in favour of leaving things to the market – but this very often leads to a lowering of standards and lax enforcement.

"Many people are quite upset by this move. They would, if anything, like stronger protection – not a weakening of animal welfare codes."

The RSPCA also said they were concerned that the change could impact on the 'legal weighting' that such guidance could have with magistrates considering animal welfare cases.

"We also have concerns that the new guidance documents may not contain the same level of welfare information as the existing codes and may only serve to help ensure animal keepers are compliant with minimum legal requirements."

But John Reed, chairman of the British Poultry Council said they planned to ensure that they protected the integrity of the code.

"It was critical for the BPC to achieve the endorsement from Defra to ensure its credibility and acceptance by charities, retailers and the industry itself. A robust review procedure will be put in place to ensure that the requirements in the code are kept up to date with any new legislation and research."

The British Veterinary Association (BVA) is calling for urgent reassurance.

When Defra consulted in 2013 on proposals to move away from statutory codes to non-statutory, industry-led guidance BVA broadly supported more flexibility to allow for guidance to be updated more regularly and in light of new welfare science, but raised a number of questions regarding enforcement and, critically, around the definition of “industry”.

BVA emphasised that veterinary surgeons, farmers, animal welfare scientists with species-specific knowledge, industry bodies and other groups must all be involved and consulted.

BVA also warned Defra of implications in relation to the message conveyed to stakeholders by such a change and the value attached to the welfare codes by the government.

Commenting, BVA President Sean Wensley, said: “It is essential that any changes to the welfare codes do not undermine public confidence in the high animal welfare standards set for English farms.

“Although BVA broadly supported the idea of moving to a more flexible system that could take account of new animal welfare science, we maintained that a range of expertise must be used to draw up new guidance.

“We are pleased that there will be no changes to the legislation that underpins animal welfare but it is unclear where the checks and balances now lie. It is vital that Defra puts measures in place urgently to provide that reassurance.

“The Secondary Legislation Scrutiny Committee has suggested that it would be possible for the fundamental principles to be laid down in statutory codes which are subject to parliamentary scrutiny with operational details being set out in guidance.

“This idea may be worth further exploration to allow both the flexibility required to reflect new animal welfare science and the public confidence that the statutory welfare codes currently provide.”