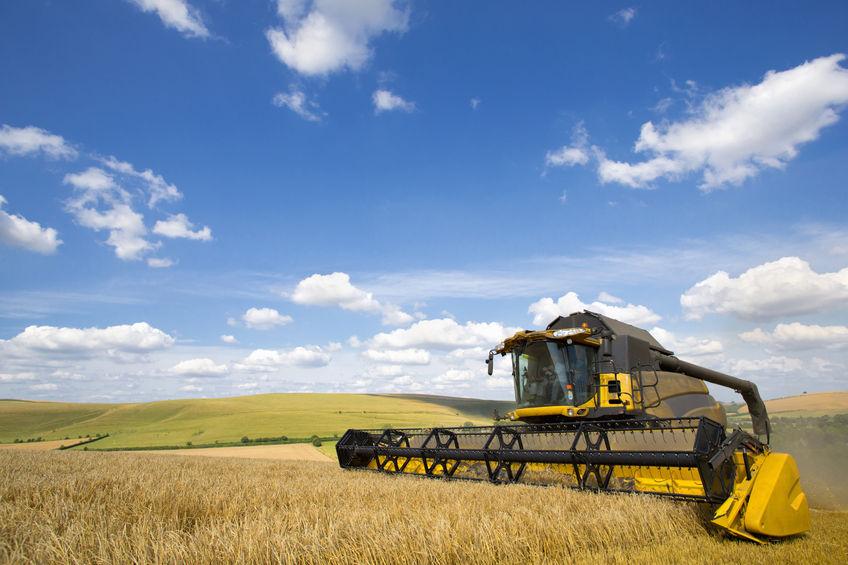 Productivity on UK farms has improved by 2.9 per cent, and the industry with the help of government is looking to increase this by investing in emerging technologies

Productivity on UK farms has improved significantly, according to new figures from the Department for Environment, Food and Rural Affairs.

The figures, in the report 'Total factor productivity of the UK agriculture industry', provides the first estimate for 2017.

It shows that total factor productivity - a measure of how well inputs are converted into outputs, giving an indication of the efficiency and competitiveness of the agriculture industry - was up by 2.9 per cent last year.

This, says the report's authors, raised productivity to the highest level recorded. "This is driven by an increase in overall levels of production, partly offset by a smaller rise in volumes of inputs," they say.

In comparison, the volume of all inputs increased by only 0.7 per cent - significantly lower than the increase in output volumes.

The report follows a warning earlier this year by the AHDB, who said that British farming was failing to keep pace with other countries.

Tom Hind, chief strategy officer with AHDB produced a report suggesting that, whilst the United Kingdom has some of the best farmers in the world, the industry could be doing better in terms of productivity.

He called on farmers and Government to work together to close the gap on the country's competitors.

"The UK agricultural industry has tremendous potential, with some of the world’s best farmers and growers," he said in the report entitled 'Driving Productivity Growth Together.'

But he said: "Productivity growth in agriculture and horticulture has failed to keep up with that of our major competitors. If our rate of growth had kept pace with the US since 2000, the contribution of UK farming to the rural economy would have been £4.3 billion higher by 2013.

"Low productivity growth reduces our industry’s long-term ability to compete, grow new markets and improve our natural capital. Understanding what is holding us back and how we can solve the problems is critical to the success of our farmers, growers and food industry."

Defra Secretary Michael Gove suggested during a speech to the Oxford Farming Conference in January that a new support scheme for British agriculture following the country's withdrawal from the European Union could seek to improve agricultural productivity.

He said that the Government wanted to incentivise farmers to "invest in more capital intensive and productive methods of producing food or processing food."

During the conference he was questioned about the continued availability of European migrant labour following Brexit - labour upon which British farms have come to rely.

He said: "We want to ensure that every part of the food chain gets the labour it needs to secure a return on its investment but I also make the point that, ultimately, if you rely for too long on relatively cheap labour then your business is likely to be overtaken in competitiveness by those who invest in more capital intensive and productive methods of producing food or processing food."

"We want to recognise that you cannot rely on an endless supply of cheap labour in order to maintain your competitive edge."

The Secretary of State added: "We should build on the innovations pioneered by our superb higher education institutions like Harper Adams University by investing more in automation and machine learning, moving from the hands-free hectare to the hands-free farm, with drilling, harvesting, picking and packaging all automated, precision mapping of every inch under cultivation with targeted laser treatment of pests and weeds and highly-focussed application of any other treatment required."

He said: "We should invest more in the sensor technology that can tell where, when and how livestock should be fed, housed and bred to maximise both yield and individual animal health and welfare."

During the NFU annual conference in February Business Secretary Greg Clarke announced that the Government would invest £90 million in agricultural technology to boost the productivity of British farming.

He said that since the mid-1990s productivity growth in UK agriculture and horticulture had lagged behind that of other countries.

It had grown at just one third of the rate of the United States and the Netherlands, said the Secretary of State, who pointed to the AHDB report by Tom Hind that highlighted the productivity problems of British farming.

However, the new Defra figures indicate that productivity in British agriculture is improving. The Defra report says that the 2.9 per cent increase in total factor productivity has improved performance to a level slightly higher than that of 2015.

Despite annual fluctuations, the long term trend is one of steady improvement although the rate of improvement is slow, say the report's authors.