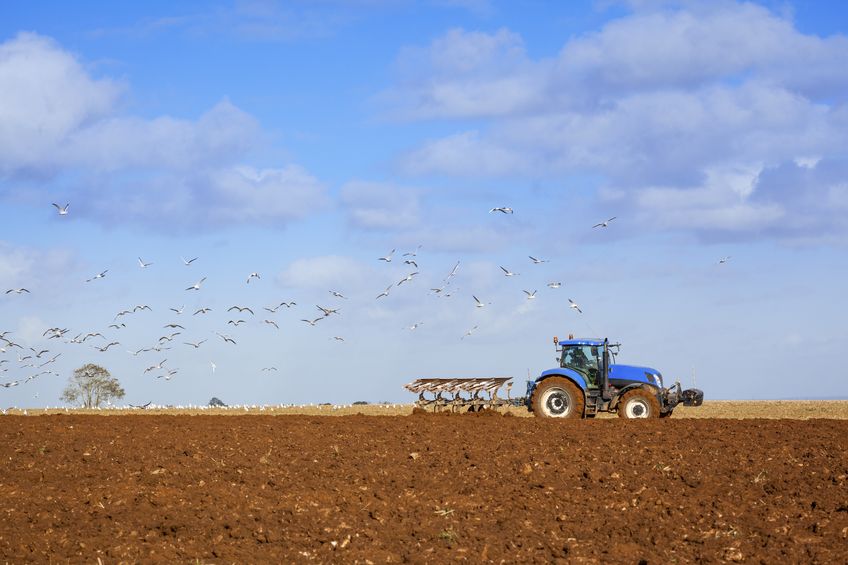 Basic payments will stay until 2024, Gove has announced today

Michael Gove's call for a move away from farming "subsidies for inefficiency" in a speech on his vision for the future of farming has attracted a mixed reaction from the industry.

Farmers will receive money to make improvements to the environment under a new system post-Brexit. Until then, the current £3bn sum paid to farmers and landowners will continue until 2022 - longer than the Government had previously pledged.

In a speech to the Oxford Farming Conference on Thursday (4 January), Gove reiterated his 'green Brexit' pledge to the farming industry.

Commenting, Liberal Democrat Defra spokesperson and ex-leader of the party Tim Farron said for Gove to imply that farm payments are a reward for inefficiency is an "insult" to British farmers.

"It shows he has no understanding of the reality of farming in this country," Mr Farron said.

"British farmers are some of the most efficient and dynamic in the world. Farm payments compensate for the fact that the market is broken, because supermarkets and processors dominate the industry and exploit farmers.

"The overwhelming majority of livestock and dairy farmers would be in the red if it wasn’t for direct farm payments.

"Gove’s announcement also does nothing to address the impending tariff catastrophe facing farmers once we leave the single market."

However, the Country Land and Business Association (CLA), a rural organisation which represents more than 30,000 farmers, said it has welcomed the commitments made by Gove.

CLA Director of Policy Christopher Price said: “Exiting the European Union gives us a once in a generation opportunity to build a new food and land use policy that is significantly better than the Common Agricultural Policy.

“This speech is the latest evidence that Government is embracing our vision for a new policy based on rewarding farmers for the range of public benefits they deliver.

“We have been clear that significant change is necessary but it is right to take the necessary time to design and implement a policy without causing immediate and dramatic disruption to thousands of farming businesses across the countryside.

“We are pleased the Secretary of State has listened to our concerns on this issue and extended the period of operation of the existing Basic Payment Scheme to ensure a full and smooth transition.

He said: “Not only does this give the farming industry a basis on which to plan and adapt their businesses through a five-year transitional period from the point of Brexit in March 2019, it should also give the government sufficient time to plan a replacement support system that is well-considered and hopefully more balanced in its approach, rather than being single-mindedly focused on environmental measures.

“However, the other side of the argument is that it is disappointing that Michael Gove continues to focus on the replacement of the BPS scheme rather than focusing on the principles of our new trading relationships with the EU and the rest of the world, as ultimately this will be what has a larger impact on the farming industry than the restructure of the funding system.

“Similarly, it is disappointing that he continues to focus on environmental measures without formulating any proposals for improving productivity, training or technological advancement. A shift towards purely environmental work will increase the UK’s reliance on imported food which will have its implications for farmers and growers across the country.

“There is a failure from Mr Gove to recognise the efforts of the huge numbers of farmers and landowners who work hard to manage the rural environment in a manner which facilitates quality food production and a cared for countryside for the public good.”

Environmental charity the Soil Association said it "warmly welcomes" the move towards an agricultural policy that prioritises environmental protection.

A spokesperson said: "We now need to see more detail on how farmers will be enabled and encouraged to shift to higher animal welfare systems, move away from synthetic pesticides, restore degraded soils and improve water quality.

"The greatest test of this transition is whether the UK’s food and farming system measures up to the monumental challenges of public health, which was highlighted in the speech, and climate change, which received just two mentions.

"The Government must also make an ambitious and unambiguous commitment to organic and other agroecological approaches which are proven to deliver on animal welfare, biodiversity, soil health and climate change - both during and after 2024."