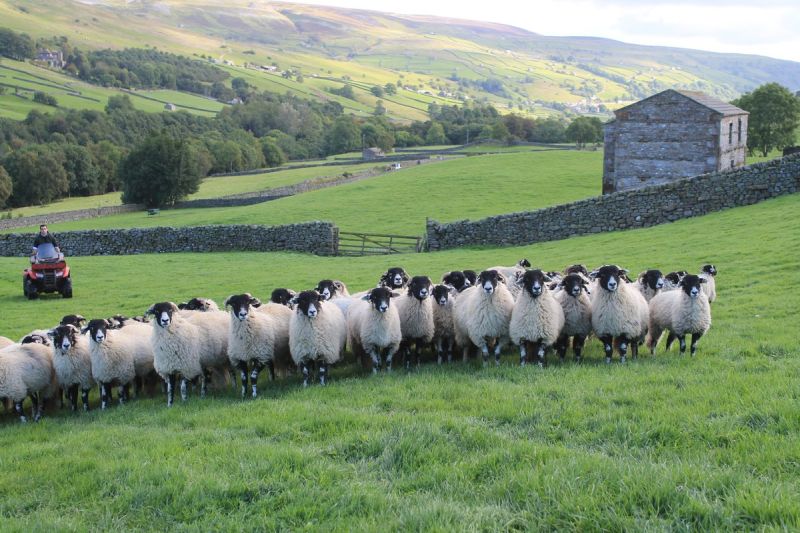 The meetings are the 'perfect platform' to share evidence-based facts and statistics, the groups say

Sheep groups have taken part in a new series of meetings which aim to counteract anti-industry arguments by arming attendees with positive information to defend farmers.

It comes amid almost weekly headlines claiming agriculture is responsible for many of the environmental and health problems facing today's population.

Farmers, as well as college students, gathered at Welshpool and engaged in discussion about the positive role of sheep in sustainable agriculture.

The industry’s importance in maintaining high welfare standards whilst producing nutritious food for a growing population was highlighted.

The NSA said the meetings are the 'right thing to do' to help protect the industry amid growing anger directed towards it, particular from environmental groups.

NSA Chief Executive Phil Stocker reports: “It feels absolutely the right thing to do to be putting effort into positioning our industry as a solution and not the cause of global problems.

“We’ve experienced unprecedented criticism and attack for the duration of this year. These meetings are the perfect platform to share evidence-based facts and statistics on what the actual situation is rather than that which many of the headline grabbing media would have you believe.”

HCC Meat Quality Executive Dr Eleri Thomas added: “It was good to see a really engaged audience at Welshpool, raising exactly the issues that will be important for us as a levy board over the coming months.

“We discussed how the industry could give a unified response to the misleading media coverage on livestock farming and ‘meat-free’ food.”

Groups also discussed the opportunity to explore how HCC’s industry development work such as the Red Meat Development Programme feeds through into outcomes that have a wide benefit, for instance waste reduction, increasing shelf-life, and telling the story to the consumer of how Welsh red meat is a sustainable, high-welfare, high-quality product.

British Wool also joined the evening meeting to demonstrate the work it is doing to promote the high welfare standards of UK sheep farmers and shearers.

Laura Johnson, Producer Marketing Executive at British Wool said: “Working together with farmers to negate any negativity around animal welfare in the sheep farming industry is important and these meetings are doing that by giving farmers the confidence to defend their industry against false or misrepresented information.”

The industry groups will next travel to Penrith and District Farmers Mart next Thursday 31 October for another farmer meeting.