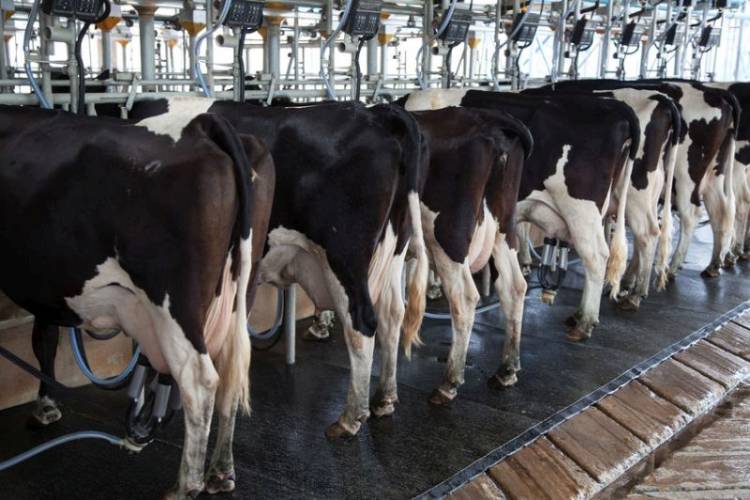 Inefficient wash routines could be costing the dairy industry up to £3 million per year in temperature loss alone, new figures show.

A number of farms are using incorrect cleaning routines and the cost of this misuse could have a significant impact on farm profitability.

Temperature loss is where energy consumed to heat water is wasted due to the temperature dropping even before even it is introduced to the parlour.

And this is before the cost of incorrect chemical use is considered, according to farm manufacturer Deosan.

The company's survey of UK dairy farms shows that water heating accounted for £3250 of expenditure per year.

But due to inefficient release and uptake into the parlour, 20 percent of the expenditure was never realised due to temperature drop.

It also shows that chemical consumption was 10% above the required levels for circulation cleaning - meaning approximately £300 in additional cost/farm/year.

David Horton, of Deosan, said the release of the survey's findings has highlighted that 'major improvements' can be made.

“An effective wash cycle can be split into four equal areas – all of which work in harmony for a successful clean.

“All of these factors should be given equal attention to ensure hygiene investment is cost effective.

“They are; temperature, contact time of the chemical to clean, correct chemical dosage and mechanical action, i.e. the turbidity of the water going around the system.”

He said an efficient parlour wash is 'essential' to ensure milk soil and bacteria are removed.

“Typically, aiming for water leaving the boiler at a temperature of 77 to 82 degrees Celsius should deliver a good temperature profile across the whole wash cycle.”

However, survey findings showed that on average, 18 degrees Celsius was lost between extraction of the hot water from the heater to the start of the wash.

Mr Horton added: “Some simple modifications to the water heater outlet, or the parlour intake arrangement can be made, which are a minimal cost solution.

“Frequently checking temperatures at all stages of the wash should be adopted; at the minimum this should be done seasonally, as outside temperatures will have an impact on your wash temperature,” he said.

“You need to act before an issue affects cleaning and bactoscan results. Something as simple as lagging the pipes can make a big difference on retaining temperatures, or maybe you can reduce the complexity of the pipework.”

The study also found that 33 percent of farms circulated the water in excess of 8 minutes, and/or allowed the water to fall below 45 degrees C, risking reintroduction of debris to the system.