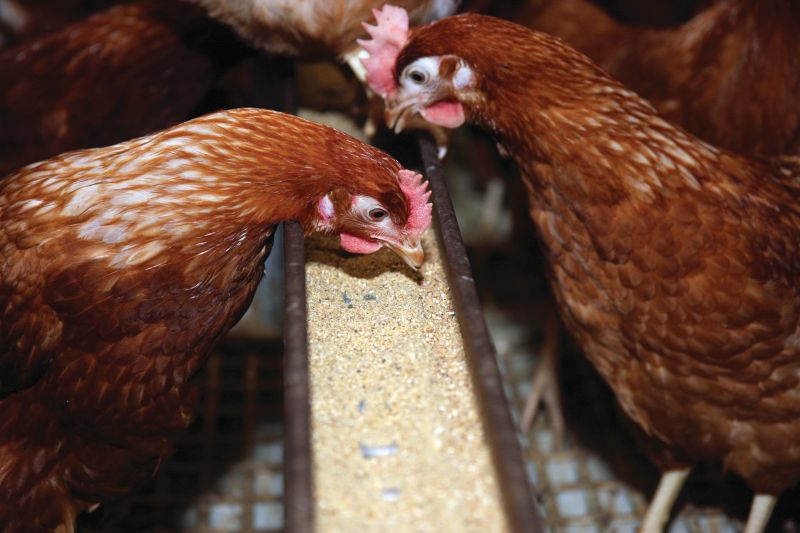 International feed tonnage has increased by a strong 3 percent to 1.103bn metric tons of feed produced in 2018, exceeding 1bn metric tons for the third consecutive year.

The feed industry has seen 14.6 percent growth over the past five years, equating to an average of 2.76 percent per annum, the Alltech Global Feed Survey shows.

As the population grows, so does the middle class, which is well reflected in an increase in overall protein consumption.

Europe saw an overall growth of about 4 percent over last year, making it the second-fastest-growing region in the survey.

This is resulting from feed production increases in layer (7 percent), broiler (5 percent), aquaculture (5 percent), dairy (4 percent) and pig (3 percent). Beef was the only primary protein species to decline, though it was less than 1 percent.

Much of the region’s growth can be attributed to smaller countries, such as Turkmenistan, Macedonia, Azerbaijan, Montenegro, Kazakhstan and Uzbekistan, which all saw increases in overall production estimates of 20 percent or more.

North America saw steady growth of 2 percent over last year due to an increase in the major species, with beef and broilers leading the growth at 3 percent each.

The US remained the second-largest feed-producing country globally, behind China. Feed prices in North America are the lowest globally across all species, and with the availability of land, water and other resources, the region is expected to remain a primary contributor to feed production.

As a region, Latin America was relatively stagnant this year. Brazil remained the leader in feed production for the region and third overall globally. Brazil, Mexico and Argentina continue to produce the majority of feed in Latin America, with 76 percent of regional feed production.

Brazil stayed flat, while Mexico and Argentina saw growth of 1 percent and 4 percent, respectively. Colombia’s feed production grew by approximately 8 percent, primarily due to an increase in pork and egg production.

The Asia-Pacific region is home to several of the top 10 feed-producing countries, including China, India and Japan, and accounted for more than 36 percent of the world’s feed tonnage.

China maintained status as the top feed-producing country in the world with 187.89 million metric tons, with 10 million metric tons more than the US Increased production for Asia-Pacific came from India with 13 percent due to growth in dairy, layer and broiler feeds.

Africa continued strong growth with a 5 percent increase in overall feed production, and no country in the region saw a decline.

These two areas represent a very small proportion of Africa’s overall production, so the impact is very minimal. Most of the major animal production species in ruminant and poultry contributed to the overall growth of the region.