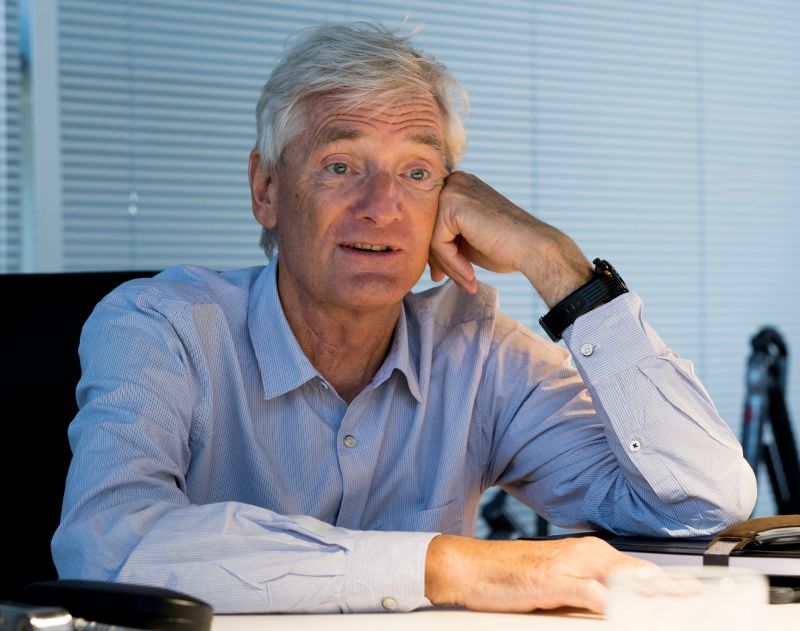 The inventor's farming business is now worth over half a billion pounds (Photo: Mark Large/Associated Newspapers/Shutterstock)

Inventor and farmer James Dyson is now the wealthiest person in the UK, topping the Sunday Times Rich List for the first time.

The British entrepreneur grew his net worth by £3.6 billion in a year to a total of £16.2 billion, climbing five places in the list.

Most of Dyson's electrical products are designed in the UK but manufactured in Asia.

Beside vacuum cleaners, the 73-year-old is also known for running an agricultural business with net assets worth £527.5m - Beeswax Dyson Farming Ltd.

Farming continues to be the main principal activity for the business, which comprises 35,000 acres of land throughout Lincolnshire, Oxfordshire and Gloucestershire.

The company also looks to energy for diversified income and turnover from this source has increased compared to 2017.

Dyson, a prominent Brexiteer, favours the UK leaving the EU as it would 'liberate' the British economy and allow trade deals to be struck around the world.

However, the billionaire inventor has been critical of the Conservative government's direction. In 2017, he criticised then-Defra Secretary Michael Gove's 'Green Brexit' approach to the industry after the UK leaves the EU.

He said small UK farming businesses may be at a disadvantage to their European counterparts under the plans.