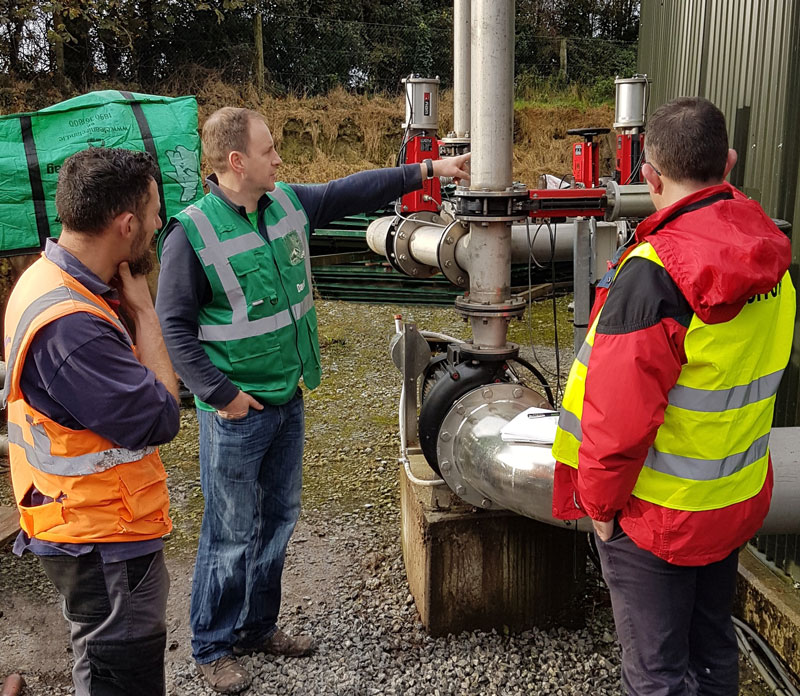 Ireland’s first farm-scale AD/Biogas plant might well be approaching its eighth year of operation, but the 24/7 attention to detail at the GreenGas plant in County Limerick has never been more focused.

Unlike the UK with its Feed-In-Tariffs (FITs), there was no such incentive in 2010 in the Republic of Ireland - but determined to diversify and to continue to take its farm forward, the McDonnell family decided to go ahead with using both its dairy herd’s and poultry manure to produce biogas. The McDonnells had the vision - and had more than done their homework. They’d had planning permission since 2003, and having conducted site visits from as far afield as America and Australia (but primarily in Scandinavia and Germany), David McDonnell and his father Michael’s extensive research resulted in an impressive bespoke plant – one created with realistic, sustainable expectations - that has become a landmark in renewable energy for the country.

“The nitrates directive was really beginning to kick-in during the late 2000s”, said David McDonnell.

“These EU directives meant serious implications for farmers, so with our annual fertilizer costs up at around 100,000 Euros, we wanted to look at how we could produce our own, better, eco-friendly fertilizer, which at the same time for us was a natural progression for the farm. Thanks to our AD operation, our annual fertilizer costs have now been reduced to one third. In the future we can hopefully look at converting our digestate into a marketable product. We wanted to use the land as best we possibly could - and ensure that what came out of our AD plant could be put onto our land”. 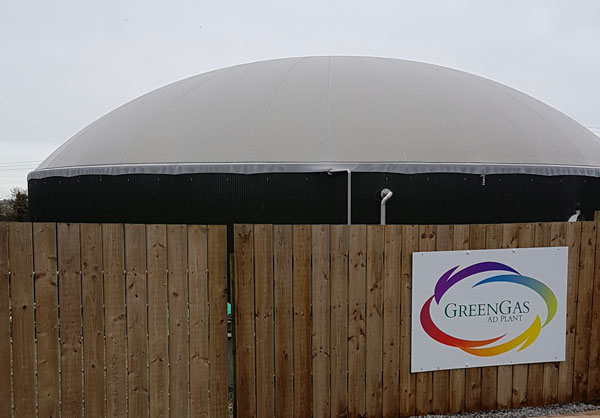 He continued: “Although we worked closely with German engineering firm Kreig & Fischer on the design of our plant, we chose to work directly with our equipment suppliers. This was far more attractive to us”.

“Kirk supplied our first digester (1000m3), with Gary Little recommending Landia for its mixing systems, introducing us to the late Hugh Vaughan. Lifetime cost was a very big selling point for us – as was a relationship with companies who were proud of their work and prepared to roll up their sleeves and make things happen”.

At first, Landia’s GasMix didn’t appear to be achieving the results that had been forecast, but this was soon rectified by a site visit from Hugh Vaughan who back-flushed the pipework to remove a blockage caused by a build-up of sulphur. Digestate was forced up the reverse way to clear the pipe – and after a short break for lunch, the digester was being mixed to full effect. Since then, as part of its preventative maintenance schedule, the back-flushing of pipework is now a regular part of GreenGas’ rigorous maintenance program. 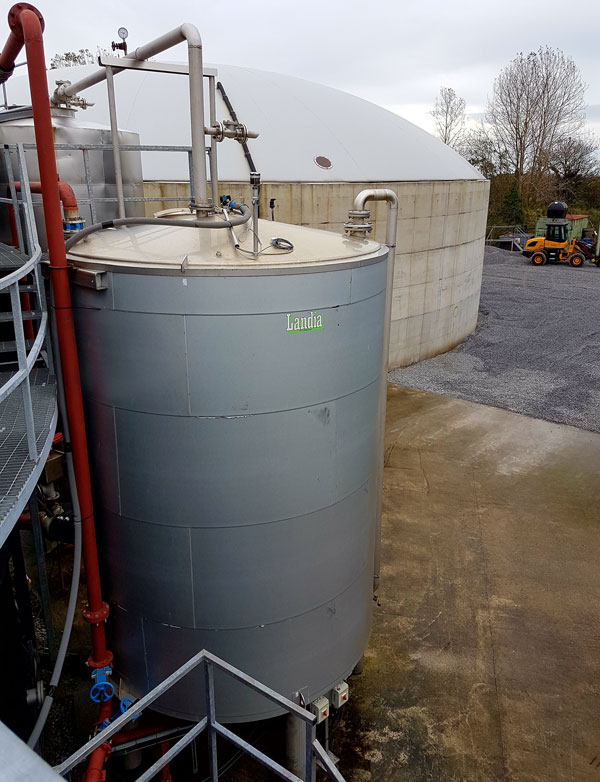 David McDonnell added: “GasMIx having all moving parts on the outside of the digester is a big plus. You don’t have to take a hit on your gas yield. A service agreement was put in place with Landia and an extended (two years) warranty, but because of the robustness and reliability of the pumps, the latter was never needed”.

‘Efficiency of the mixing systems’

In addition to the GasMix system, GreenGas also invested in Landia’s side-entry mixers for its digesters to add some extra impetus if and when required. Such is the efficiency of the mixing systems that GasMix (combining a Landia chopper pump and a series of venturi nozzles) only has to run for approximately 15 minutes every two and a half hours. The side-entry mixers run for only approximately 5 minutes every hour, so energy usage is extremely low.

Plant Manager, Senan Meade, who has been with GreenGas since 2013, takes up the story:

“Even though our dry solids are usually a maximum of 5%, we feel that the side-entry mixers give us a guarantee”, he said.

“We scrutinise our feedstock, but it changes. Typically, cattle slurry will be richer in the winter with the cows indoors being fed on maize. Straw can be quite challenging to process. Food waste can vary tremendously, and we’ve had all sorts of unexpected objects found in it – shovels, car engine parts and even a stray bowling ball! That said, this is pretty much in the past now because we have developed Feedstock Acceptance Agreements with our suppliers, who have become trusted partners. We monitor every load. We need to protect our bugs. We have rejected lots of potential feedstock because continuity of supply is so important to us”.