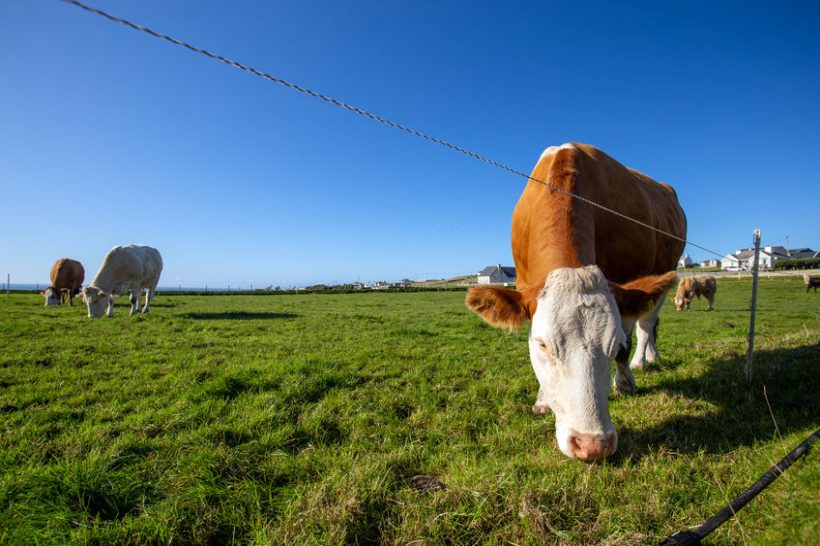 An application to register 'Irish Grass Fed Beef' as a Protected Geographical Indication (PGI) must include the geographic area of Northern Ireland, the region's farming groups say.

Northern Irish beef producers are urging the Republic of Ireland's Food Board (Bord Bia) to ensure an 'all-Ireland' application is made to the European Commission.

The Ulster Farmers Union (UFU) said it was 'very disappointed' that Bord Bia, along with RoI's Department of Agriculture Food and the Marine (DAFM), continued to draft the submission without the involvement of NI bodies.

DAFM is close to submitting the application, and has indicated it would support Northern Ireland’s inclusion in the PGI at a 'later date'.

But UFU president Victor Chestnutt said submitting an all-Ireland application was 'the only logical way' to move forward with the process.

"We urge DAFM and Bord Bia to include NI from the get-go to prevent setbacks and help ensure a simple and straight forward process," he added.

"The last thing we want is to have to object to the ROI’s application which would be in no one’s best interests."

Ian Stevenson, chief executive of LMC, said farming groups on both sides of the border had a 'long history of not cooperating as well as they should'.

"Our farming and processing stakeholders in Northern Ireland are united in wanting to see this PGI registration succeed," he added.

"It will be seen as welcome recognition for the excellent credentials and quality of our grass fed beef which is widely known in the marketplace whether it’s from Limavady or Letterkenny.

"Where our industry has a real concern about this particular application going forward without Northern Ireland inclusion at the outset, is what guarantees can the industry take from joining the PGI at a later date when the right opportunity to join is now.”