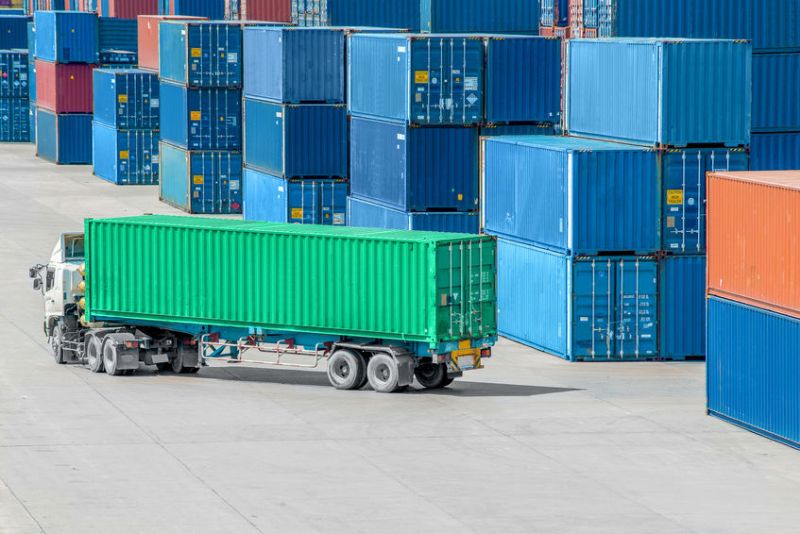 Any introduction of border controls on foods entering Ireland from the UK could mean that some companies go out of business 'within days'.

If the UK left the EU with no-deal it could lead to a disruption in food supplies, a new report released on Thursday (22 August) suggests.

The Republic of Ireland (ROI) would be legally obliged to impose controls on the Irish side of the border.

This could leave food businesses operating in Northern Ireland and the Republic of Ireland with 'mounting costs and paperwork'.

Any such scenario could mean a 'likely detrimental impact' on consumers and public health, warn food policy experts in the report.

Dr Rosalind Sharpe from the Food Research Collaboration said: “Since the Good Friday Agreement, the food sectors on both sides of the border have quietly integrated.

“Farms and food businesses, from the giant to the micro, depend on being able to ship goods easily across the border.

“A no-deal Brexit pulls the rug from under them. Some could go out of businesses within days.”

The report uses an example of a sandwich maker producing five different types of sandwiches containing animal products - such as butter, cheese, fish or meat - and shipping them to 20 outlets across the border on a daily basis.

This would mean 100 certificates are needed every day, the report says, because foods containing constituents of animal origin will need to be accompanied by an Export Health Certificate, filled in by the exporter and authorised and countersigned by a vet or an Environmental Health Officer, who would in turn need to inspect the goods physically to verify compliance.

Neither small food businesses affected nor the public organisations involved be it local councils or the Department of Agriculture, Environment and Rural Affairs (DAREA) in Northern Ireland currently have the capacity and resources to cope with this, the report says.

The briefing also warns that price hikes and restricted supply are likely to impact fruit and vegetables the most.

Prof Tim Lang of the Centre for Food Policy said: “There has been too little attention paid to the impacts a no-deal will have on food flows through the island of Ireland and absolutely zero attention to the impact a no-deal could have on imports of fruit and vegetables into Northern Ireland.

“These are vitally important. Disruption is a risk to public health and must be avoided.”