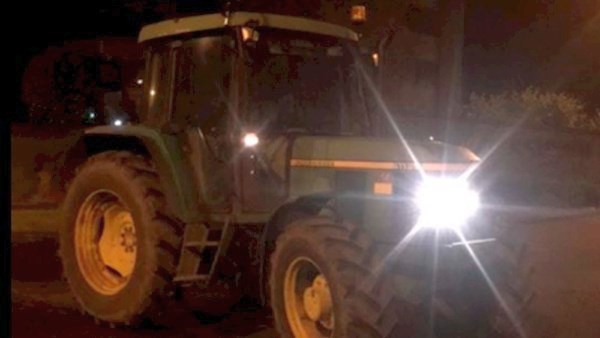 The tractor driven by a 12-year-old boy was safely intercepted by the police (Photo: Meath Roads Policing Unit/Facebook)

Police in the Republic of Ireland stopped a John Deere tractor on Sunday morning only to find out it was being driven by a 12-year-old boy.

The 12-year-old driver was accompanied by a 15-year-old and an 8-year-old, officers from Meath Roads Policing Unit discovered.

They were brought to Trim Garda Station and their parents were contacted.

“We know young farmers love driving tractors, but they have to wait until old enough to be properly licensed,” the unit said on a Facebook post.

“To clarify further in respect of this incident, the tractor was seized by an Garda Siochana and we are liaising with the parents of the children involved.

“We would ask people making comments not to jump to conclusions and allow due process to take its course.”