It's possible to have solar farms and promote food security 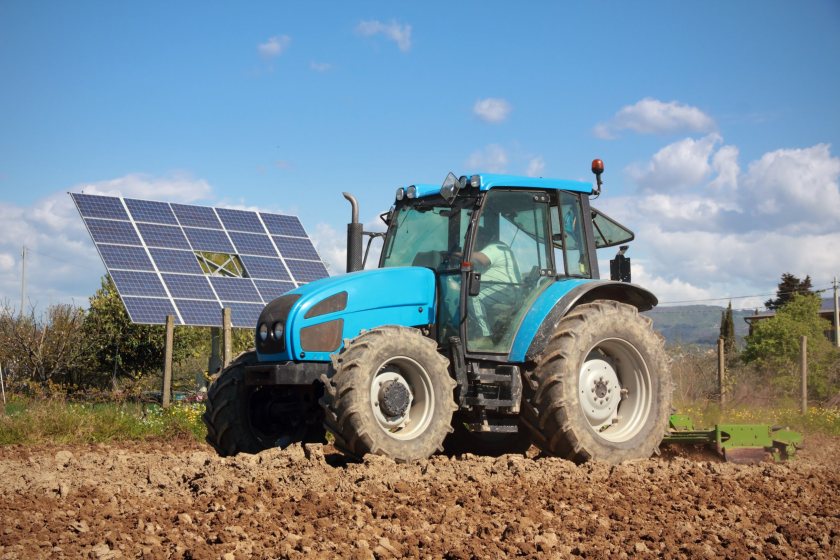 Solar panels cover an estimated 0.1% of the country, compared to 2% covered by golf courses
Sign in to add your own press release SIGN IN Register

It's possible to construct more solar farms while at the same time promoting and safeguarding food security, writes Hermione Dace, an analyst for the Tony Blair Institute.

We should stop farmers from “filling fields with paraphernalia like solar farms”, Liz Truss said at a recent leadership hustings.

Rishi Sunak has also hinted at his desire to protect the best agricultural land from solar panels and rewilding during the ongoing Tory leadership contest.

But why? Both candidates claim their scepticism about solar is in the name of domestic food security. Sunak has said he’ll make sure farmers “are supported to underpin the food security that is so important to us all”.

It’s a message that may seem obvious ahead of the looming penultimate leadership hustings in Norwich – a city at the heart of farmland and rural communities.

The objective of maintaining food security is reasonable; the Ukraine crisis, Brexit and climate change all pose real threats.

But the idea that solar panels must be banned from our fields to preserve land for food production – as both candidates have suggested – isn’t based on any evidence.

Solar panels cover an estimated 0.1% of the country, compared to 2% covered by golf courses. As the think tank Green Alliance points out, crops for biofuel production occupy 77 times more land than that used for solar panels.

Solar farms are also typically developed on land of poor quality. In the UK 20% of our poorest farmed land produces just 3% of the calories we grow.

As a result, solar farms pose very little, if any, threat to food production. They can even co-exist with agriculture, either with grazing livestock or agrivoltaics.

If Truss and Sunak are serious about improving food security, they should consider the way we currently use our land.

While 85% of the land that feeds the UK is used to rear animals, meat, dairy and eggs only provide 32% of our calories. And over half the cereals in the UK are fed to livestock, not humans.

It’s easy to see why so many argue that cutting out meat and dairy consumption is the single biggest lever we can pull to improve the productivity of our land.

But there is a better alternative – by helping to scale alternative proteins like plant-based and cultivated meat, we can reduce traditional meat production while still allowing consumers to eat what they want.

There’s an opportunity for government to help build a successful alternative protein industry in the UK by funding R&D and introducing sensible regulation.

Promoting food security means we must do everything we can to tackle the climate crisis, as this year’s drought has devastated farmers.

Climate-induced weather events – only expected to get worse – pose the biggest ongoing threat to our domestic food security.

They also boost the nation’s energy security – agriculture itself requires energy input at all stages of production, and farmers will benefit from access to cheap renewable energy.

Ultimately, we won’t have food security without energy security and a plan to deal with the climate crisis.

We need to have a serious conversation about how best to use land in this country. Defra has promised a land use framework in 2023, to make better use of land for food, nature, climate, and people.

This is an important step. But in the meantime, let’s hope Sunak and Truss start coming up with policy based on evidence, not damaging rhetoric.