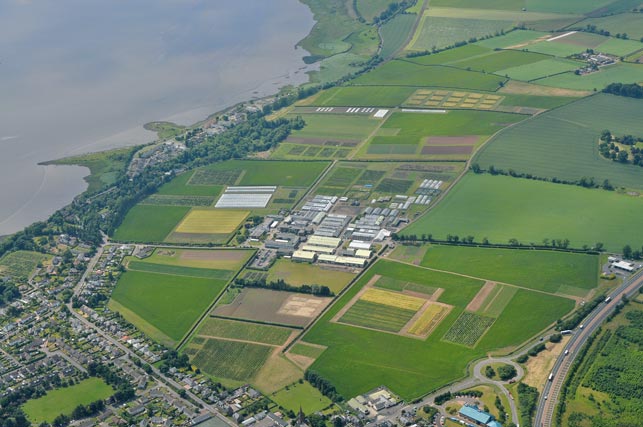 A 'significant' number of jobs could be axed at the James Hutton Institute as it undergoes a change in how it undertakes its activities.

Dozens of scientists and workers at the agricultural research facility, located on the outskirts of Dundee, run the risk of being made redundant.

The world-respected institution said redundancies are necessary because of 'current funding constraints'.

Founded in 2011, the James Hutton Institute holds expertise in agricultural research, soils and land use, and works in fields including food and energy security, biodiversity, and climate change.

But a spokesman said the research facility is 'undergoing significant change' in how it delivers its activities.

He said: “It has been reviewing its science capacity to align itself more fully with future opportunities, which includes addressing climate change, the forthcoming investment through the Tay Cities Deal and access to new funding sources.

“A revised operating model has been developed in tandem with defining a structure that is affordable to address the current funding constraints.

“Unfortunately, this requires a reduction in the number of staff positions and accordingly a programme of redundancies will be undertaken.

“The board and management are deeply sensitive to the impact a redundancy programme will inevitably have on staff at a personal level, the wider community, and on the work of the institute.

“From our initial engagement, it is clear that the employer will make significant efforts to ensure that any redundancies are voluntary.”

Trade union Prospect added that it expects a 'significant' number of jobs to be made redundant.

James Hutton employs more than 500 scientists and support staff, making it one of the biggest research centres in the UK and the first of its type in Europe.