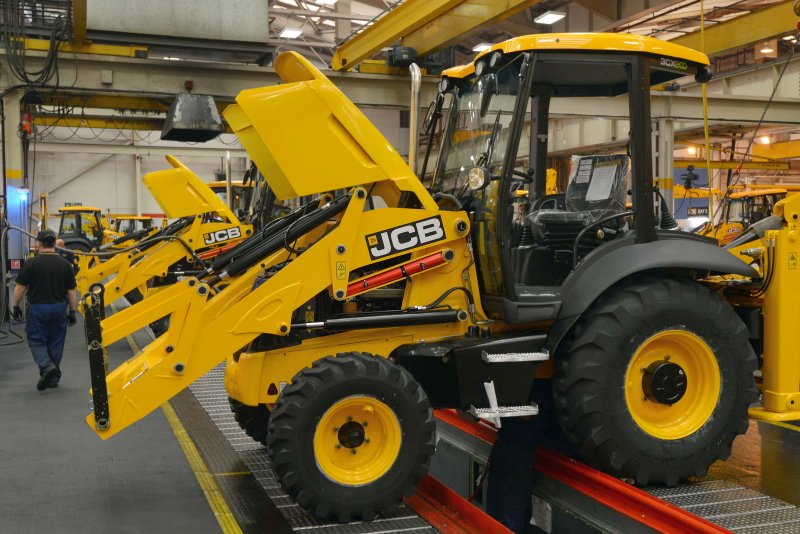 A ballot of GMB members is to be held next week on the new temporary collective agreement at factories in Staffordshire, Derbyshire and Wrexham

JCB has reached agreement with the GMB union on a new working pattern that is designed to safeguard up to 915 hourly-paid shop floor positions across its UK operations.

The agri-machinery firm confirmed that it had concluded negotiations with the union over more flexible working arrangements for shop floor employees.

Businesses across the UK anticipate that the disruption caused by the Covid-19 pandemic is set to continue in the coming months.

The move by the British business aims to protect the jobs of up to 915 shop floor employees.

However, it does not affect the planned 950 salaried staff redundancies announced last week.

A ballot of GMB members is to be held next week on the new temporary collective agreement at factories in Staffordshire, Derbyshire and Wrexham.

The result is expected on Friday 29 May, and union members will cast their vote in person at the factory sites.

The announcement comes as JCB resumed production at UK factories where more than 2,000 employees have now returned to work.

"It is pleasing that we have found a way forward on production flexibility because we expect disruption from the Covid-19 crisis to continue until at least the end of this year,” he said.

Among the proposals GMB members are being asked to vote on is the introduction of a system of banking hours and extending shift patterns to include earlier starts and later finish times.

Employees would also be guaranteed 39 hours’ basic contractual pay in any one week.

The GMB is strongly recommending that its members vote in favour of the new arrangements. JCB and the GMB will review the agreement and may extend it for a further period.

The agricultural machinery firm currently employs around 6,700 people in the UK.