Jeremy Clarkson reveals love of farming when away from 'punishing' schedule 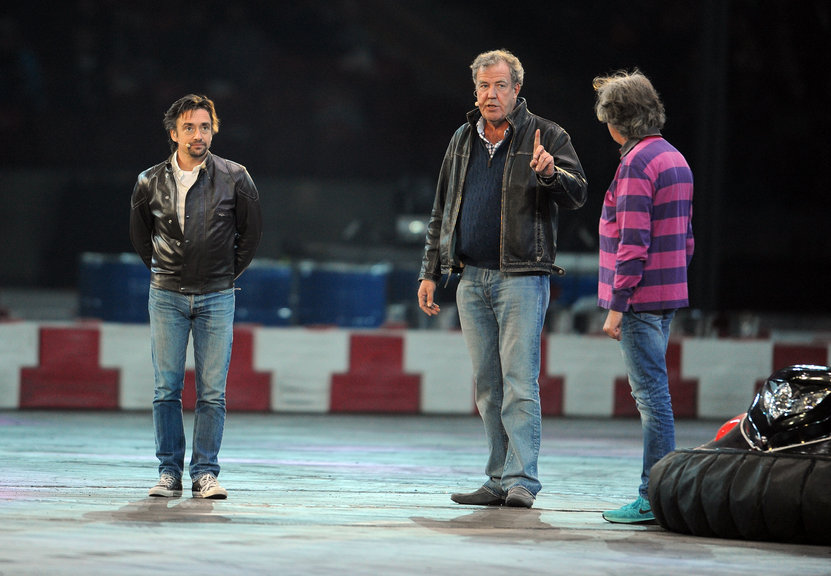 Jeremy Clarkson has revealed his passion for farming when he isn't on the road for The Grand Tour (Photo: David Fisher/Shutterstock)

Jeremy Clarkson has revealed his love for farming and conservation when he isn't participating in his 'punishing' television schedule.

The Grand Tour host, in an exclusive interview with The Sunday Times, spoke of his excitement in spending more time at his 1,000 acre Oxfordshire farm, named 'Diddly Squat'.

The third series of the popular television series is the last to feature Clarkson alongside James May and Richard Hammond. But for Clarkson, switching from super cars to the steady pace of a tractor 'fills him with joy'.

“I've had it up to here with Heathrow. I can literally go through that airport now with my eyes closed. I know where all the gates are. I know the security people. I've been going through twice or three times a week for 20 years, and I've just had enough,” Clarkson, who was brought up in the South Yorkshire countryside, said.

“So the idea of somebody saying, 'You don't have to go through Heathrow any more; you don't have to get in a car; you don't even have to put on a pair of trousers in the morning,' is a blessing. It does fill me with joy, the notion of spending large chunks of the year up here farming.”

Because the previous owners of the farm paid little attention to native plants and animals, Clarkson also participates in environmental schemes to help increase biodiversity, by planting trees and hedgerows and clearing streams and ponds to help create new habitats.

He said: “When I first came here the skies were empty. It took a while to establish the right vegetation and feed crop. The yellowhammer is listed as endangered, but there must be a hundred living in the hedge just 200 yards up from here.

“I’ve seen bullfinches, chaffinches, goldcrests. I’ve got owl boxes around the place, and lots of fieldfares come swarming by. In the space of five years it’s started to look like Slimbridge [wildfowl reserve] without the geese.”

Clarkson also touched upon the subject of government bureaucracy. He tried to grow crops on land that previous owners had put into stewardship, but found himself tangled in red tape.

“An official came with a sort of wooden square, like a fold-out ruler, and flung it at random into a field. Then she examined every blade of grass and plant in that metre square to see if there was anything protected. They find a rare grass and they say, ‘You can’t farm this field, but we’ll pay you as though you were farming it.’ It’s called stewardship, but the idea seems to be that I’m unable to be a steward of this land but some civil servants are able to,” he told the paper.

“Well, I take the global view that there’s a lot of starving people, and the bigger the world’s population gets, the more food we’re going to need. So it’s slightly mad to not farm things because there’s a rare grass growing.”