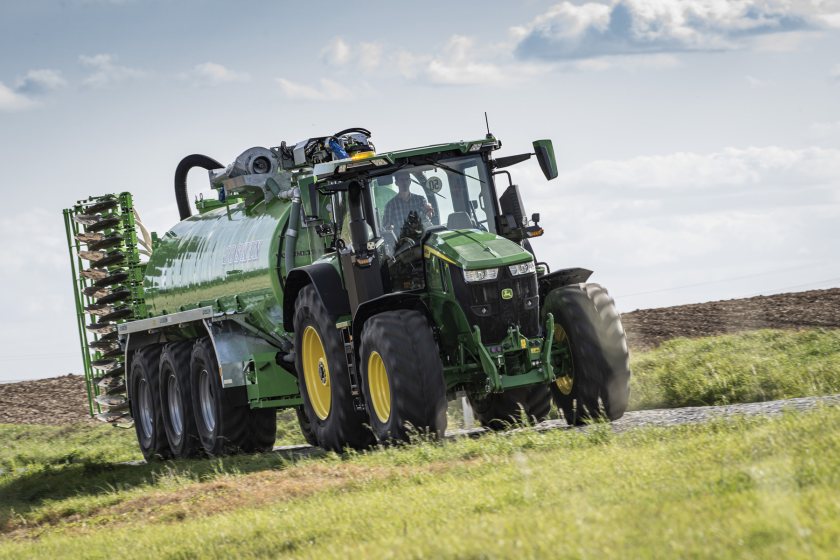 The US company previously achieved the best ever DLG PowerMix transport test result in 2018 with the 6250R, and still holds that record.

Now the 7R 330, with its new Stage V engine, has set the standard for all machines above 250hp rated engine power.

Both the 6250R and 7R 330 tractors performed the PowerMix test at the DLG test centre in Groß-Umstadt, Germany.

There, the individual test cycles are designed to replicate typical heavy and light transport work at half load and full load.

These applications include pure draught work, like ploughing or cultivating, but also mixed work that applies load on the transmission, the PTO and the hydraulic system.

With a combined fuel consumption of 375g/kWh diesel plus 17g/kWh DEF, the 7R 330 delivered an 8g/kWh diesel plus 28g/kWh DEF advantage over the next best competitor in this horsepower class.

"According to the independent PowerMix test, John Deere has once again proved to be the best choice of tractor for transport applications with the 7R 330 model," a company spokesperson said.

"Depending on local diesel and DEF prices, the result equates to hourly savings of €1.50 to over €2 in transport applications, or higher compared to average tractor performance figures."