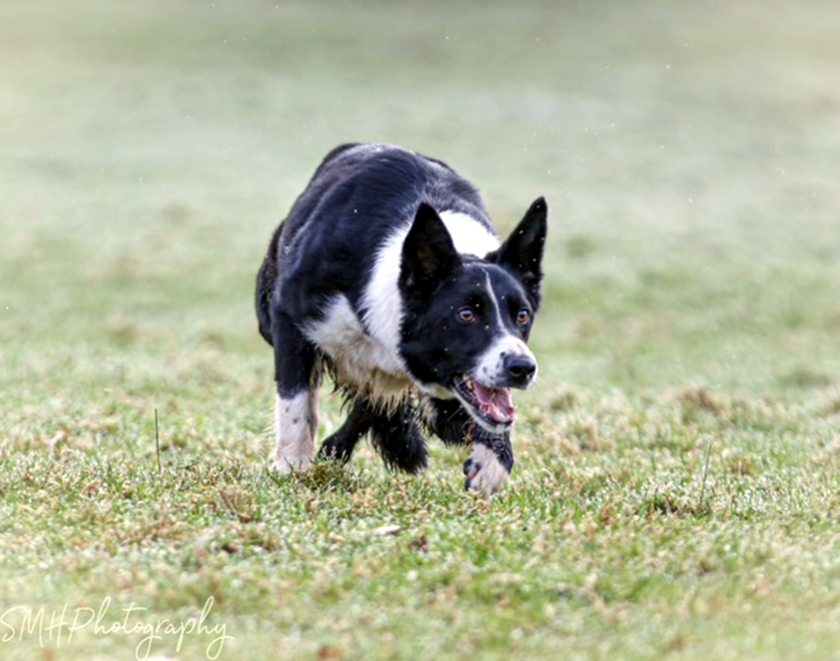 Kevin Evans was top dog on price yet again at Skipton Auction Mart’s first online working sheep dog sale of 2021, selling three fully broken dogs for a combined £35,600, while his father David established a new world record price of £6,100 for an unbroken pup.

All three dogs achieved five-figure prices for the legendary Welsh breeder and triallist, who has been setting the working sheep dog world alight of late with his charges, many related to the handler’s high profile trials champions.

The three-day virtual timed sale (Jan 18-20) saw Mr Evans, of Llwynfedwen Farm, near Brecon in Powys, head the prices for the third sale in succession when achieving £14,300 with his fully broken March, 2019-born tan and white bitch, the aptly named Pink.

First forward was a February-born black and white bitch, Groesfaen Leny, a grandson of his own dual European Nursery and Royal Welsh Champion, Tanhill Glen, out of Glen Evans’ (no relation) Shell.

The buyer at £11,100 was 37-year-old Northumberland cattle and sheep farmer James Pritchard, custodian of 2,500 acres of hill land in Otterburn.

Tanhill Glen had a major influence on Skipton’s opening sale of 2021, with the top stud dog’s breeding having a direct bearing on a good number of well-sold entries.

Bred by Kirkby Stephen’s Alec Baines, Glen was acquired by Mr Evans at just 15 months. He is now eight-years-old and still going strong.

Last up for Mr Evans and making £10,200 was the slightly younger March-born black and white dog, Zac, a son of Lyn Howells’ red dog, Boss, and also carrying the gene which will produce red pups.

Out of another Howell family dog, Millie, Zac, who is regarded an excellent nursery prospect, found a new home in Belgium with Jo De Meyst, who hails from Oost-Vlaanderens in the province of East Flanders, and has himself sold dogs at Skipton in the past.