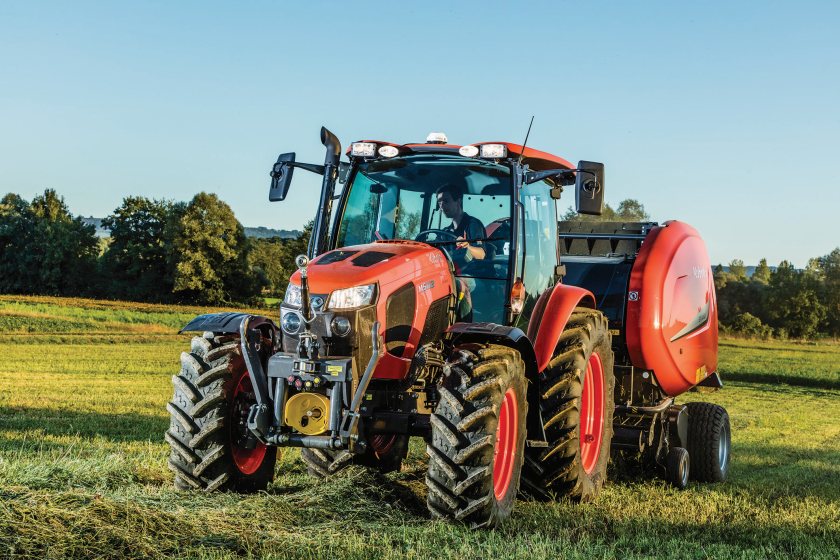 Kubota has launched the M5002 and M4003 series tractor ranges

Kubota has launched the M5002 and M4003 series tractor ranges, with several upgrades over their predecessors, the M5001 and M4002.

Power for the M4 comes from a 3.3-litre, four-cylinder engine. It meets EU Stage V emissions using a diesel particulate filter (DPF) combined with a diesel oxidation catalyst (DOC) in a single cannister.

The after-treatment package has been integrated beneath the bonnet, delivering low emissions without compromising on visibility to the front and sides of the tractor.

While the engine benefits from 500-hour oil change intervals, the DPF comes with a 6,000-hour cleaning interval – twice that of its predecessor, contributing to lower cost of ownership. DPF regeneration now occurs using lower engine rpm, typically 1,100rpm instead of 2,000rpm.

The M4’s gearbox uses six synchonised speeds in three ranges, creating an 18x18 transmission. With the addition of a Hi-Lo powersplit, this transmission is also available as a 36x36 on the larger M4073 model. 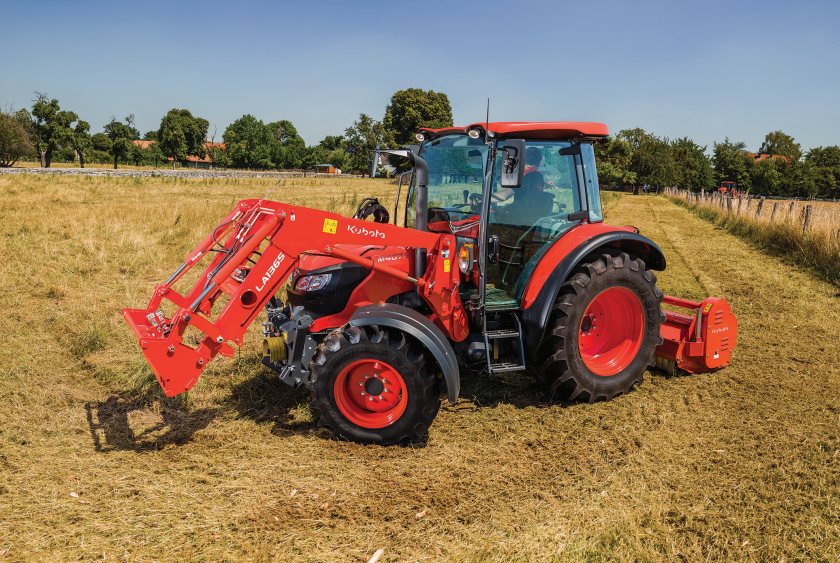 “Both the M4 and M5 are great solutions for those seeking lightweight, yet powerful tractors for use in many applications, including fruit and vegetable production, or for mixed farms for example.”

He added: "And when equipped with turf tyres, both are suited to amenity and sports field use, helped by a high power to weight ratio.

M4 models are equipped with 540/540E pto speeds as standard, with 540/1000rpm available as an option. Ground speed PTO can also be specified.

An electronic rear linkage control option is available on cabbed models to replace the mechanical controls, and it also adds linkage raise/lower and PTO activation buttons to the left-hand rear mudguard, to simplify implement changing.

Hydraulic performance from the Cat II rear three-point linkage includes a 2.5t lift capacity, and 63 litres of hydraulic pump flow, and all M4 models can be fitted with an optional Kubota LA1365 front-end loader.

It too boasts an extended interval of 6,000 hours for DPF servicing, up from 3,000 hours, with regeneration achieved at lower operating revs, thanks to improved filter performance. 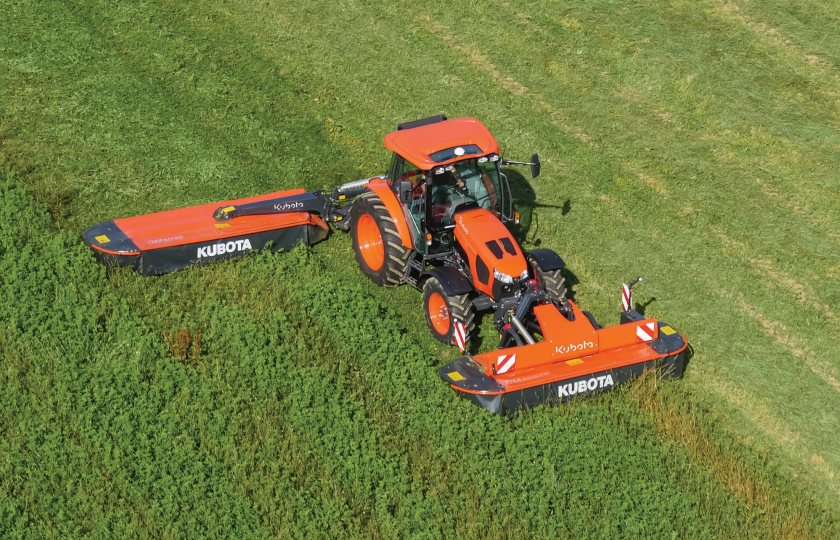 Maximum power is 96hp for the M5092 and 115hp for the M5112, with power put down through a 36x36 transmission with an over-drive ratio creating a 40kph road speed at reduced engine revs.

PTO speeds are 540/540E as standard, with the option of 540/1000rpm. In addition, an electronic rear linkage control option now adds further comfort and convenience to the M5 series.

A 64.3 litre hydraulic pump and Cat II rear linkage provides a 4.1t lift capacity. Both M5002 models can also be fitted with a Kubota LA1854 front-end loader, and an optional fourth service, to improve versatility with attachments.