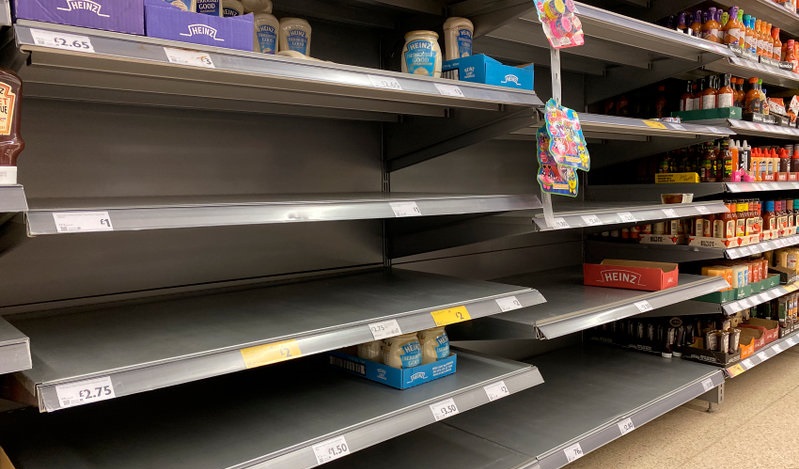 A new campaign is asking the public to share photos of empty supermarket shelves to highlight the current labour crisis impacting the food supply chain.

The #EmptyShelves social media campaign, created by the National Pig Association (NPA), aims to put a spotlight on the consequences of existing labour problems.

A shortage of both permanent and seasonal workers, combined with a lack of haulage drivers and processing staff, is currently having a detrimental impact on the supply chain.

As part of the new campaign, the public are being asked to post their picture of an empty shelf on social media with the hashtag #emptyshelves.

The retailer should also be tagged in the post, the NPA explained, as should the government. To make it more effective, Defra, the Home Office and MPs could also be included.

It comes as food and farming groups recently called for a 12-month Covid-19 recovery visa for the supply chain to alleviate the labour crisis.

In a cross-industry report released last month, the sector warned that the shortage was also significantly increasing the cost of getting food to the public.

The report was sent to ministers, highlighting the impact the pandemic and the UK’s Brexit immigration policy was having on the sector’s ability to recruit key workers.

It follows the NPA recently warning that healthy pigs would end up being destroyed and wasted unless the government took urgent action to alleviate crippling staff shortages.

The NPA said on its new campaign: "Our new #EmptyShelves social media campaign will highlight the consequences of the labour problems – all you need to do is take a photo if you spot an empty shelf while out shopping.

"One example might be: 'No bacon in Sainsburys in Harrogate today. What are the government doing about this? #EmptyShelves @DefraGovUK @UKHomeOffice @AJonesMP.'"

The NPA added that the campaign was important because the government 'is more likely to act when it realises that food is running short'.

"Anything we can do to show the extent of the problem helps our case. The more we do, the more likely it is that we will finally see some action."