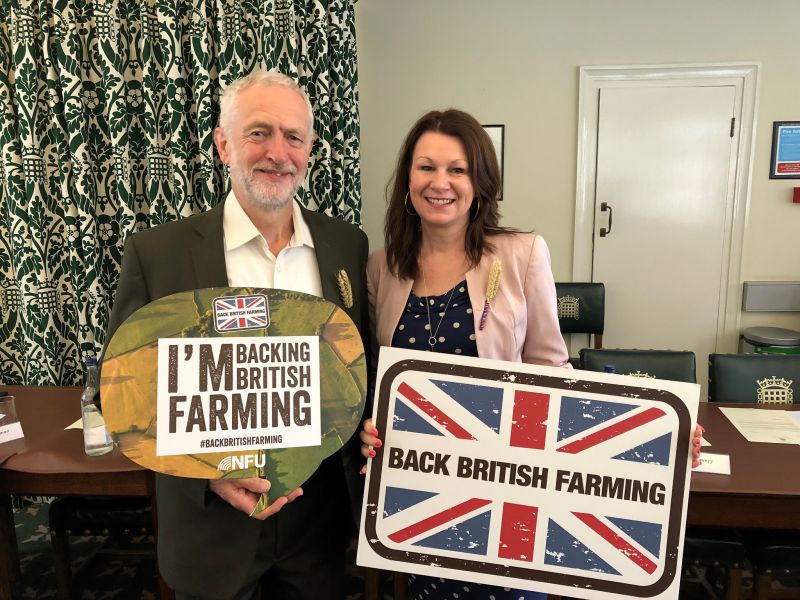 Sue Hayman, Shadow Defra Secretary, addressed the importance of food security at a fringe event hosted by the NFU
Sign in to add your own press release SIGN IN Register

Labour's Shadow Defra Secretary has said she recognises the role food production and food security plays within the farming industry.

During a fringe event at the Labour Party Conference, Sue Hayman addressed the importance of food security in her speech to the room.

She was part of a panel, which also included Food and Drink Federation (FDF) Chief Executive Ian Wright CBE and Professor Tim Lang from City University.

Journalist Philippa Hall chaired the debate ‘What should the UK’s future food policy look like after Brexit’.

The NFU, who hosted the event, emphasised the importance of the Agriculture Bill having food production and farming at its heart at the fringe event.

There was a clear focus on food security during the debate, with all the panellists recognising its importance to the nation.

The Shadow Secretary of State spoke of the importance of improving food security in the Agriculture Bill while also doing more to enhance the environment for all.

The FDF’s Ian Wright said during the session that producing our own food is a matter of national security.

Commenting on the event, NFU Deputy President Guy Smith said he is "pleased" to hear the Shadow Secretary of State recognising the role of food production.

“From farmer and the supply chain to a member of the shadow cabinet, its importance was bought up time and time again,” he said.

“This is why farming and food production needs to be at the heart of the Agriculture Bill. British farmers and growers are proud to produce safe, traceable and affordable food for the nation, all while caring for our countryside.

Mr Smith added: “Profitable, productive and progressive farms are best played to deliver this and it is vital a new policy provides the right environment for farmers to do what they do best – producing food for the nation.”

Last year, the Shadow Defra Secretary explained that Labour can be the "party of farmers".

The Workington MP was appointed her role by Labour Leader Jeremy Corbyn in February 2017.