Labour would maintain farm funds with focus on sustainability 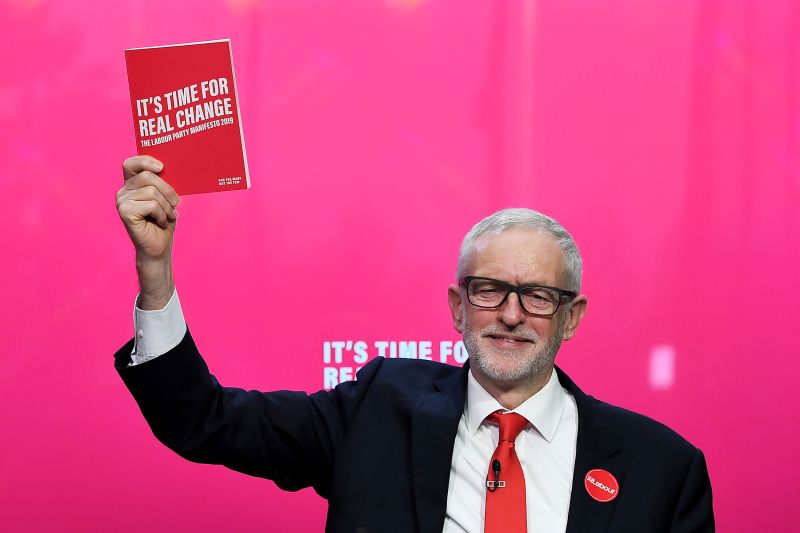 A Labour government would maintain agricultural structural funds but re-purpose them to support environmental land management and sustainable methods of food production.

Unveiling his party's manifesto, Jeremy Corbyn said a Labour-led government would be 'radical' and one that would ensure 'real change' for the British people.

On the fundamental issue of Brexit, he said the party would renegotiate a new, closer deal with the EU, and then put that to the public in a 'legally binding' referendum.

The launch of the manifesto on Thursday (21 November) shows that Labour would set legally binding targets to drive the restoration of species and habitats, and achieve net-zero-carbon food production in Britain by 2040.

The party wants to establish a National Food Commission which would monitor food security and work with local councils to minimise food waste.

According to the manifesto, a Jeremy Corbyn-led government would put farmers and food producers 'at the heart' of plans to deliver healthy food locally.

It would support local food networks and expand access to farm holdings, and also ensure rights of union representation for all food and agricultural workers.

The Agricultural Wages Board in England would also be re-introduced, meaning every part of the UK would be covered.

The manifesto goes on to say that county farms would receive more investment, and the party would seek to increase access into farming for new entrants.

Labour has reiterated its commitments to prohibit foxhunting and end the cull of badgers, which it describes as 'ineffective'.

Mr Corbyn has already pledged to give every home and business in the UK free full-fibre broadband by 2030 as part of a £20bn plan.

It was announced that Labour would nationalise part of BT to help realise the policy and introduce a new tax on tech giants to help fund it.