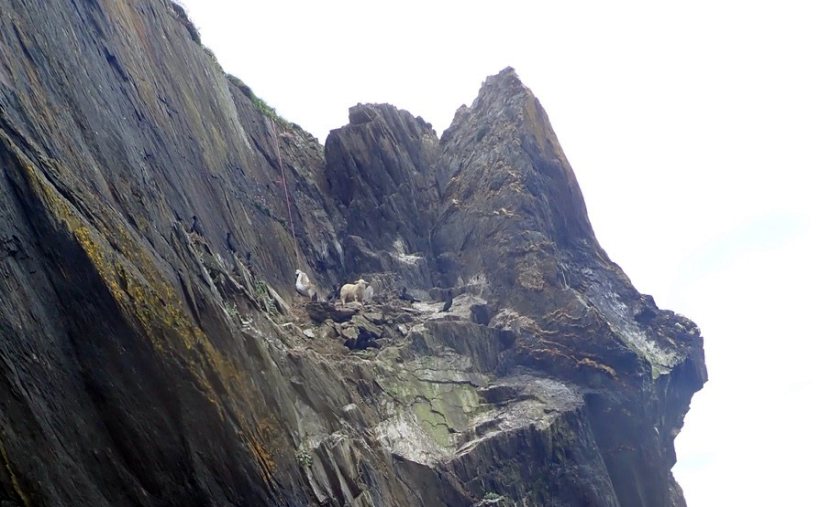 It is thought the lamb had been chased by an out-of-control dog, which led her to the cliff edges

A lamb has been rescued after it was chased onto a cliff edge in the Llyn Peninsula without grazing and surrounded by pecking birds.

Walkers spotted the ewe lamb's plight on 2 June where she was stranded on the ledge at the Trefor Sea Stacks.

No grazing was available on the cliff edge and she was surrounded by nesting birds who would peck her every time she moved.

The lamb faced a 20-metre drop, where she would have fallen on rocks and landed in the sea.

She was also exposed to dangerously high temperatures in direct sunlight.

It is thought the lamb had been chased by an out-of-control dog, which led her to the cliff edges. 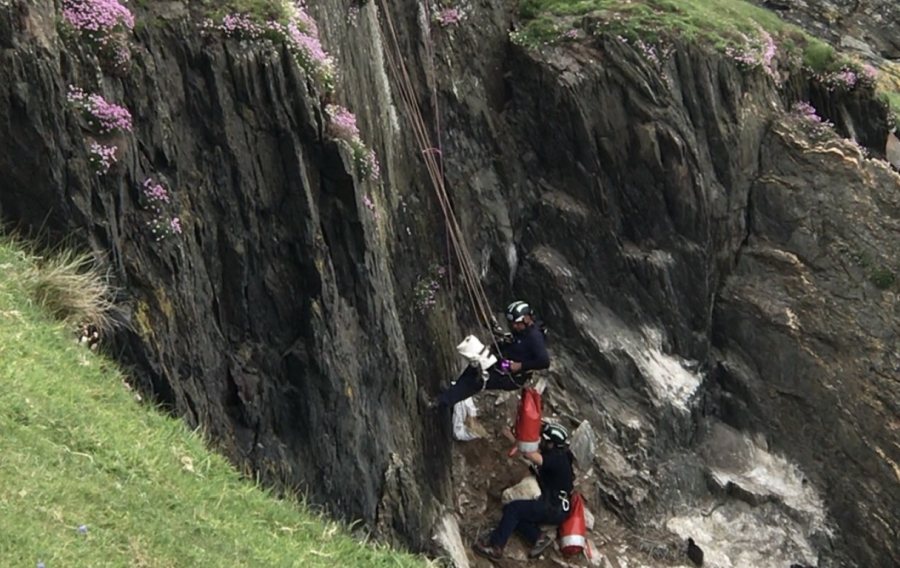 The lamb faced a 20-metre drop, where she would have fallen on rocks and landed in the sea

RSPCA inspector Mike Pugh visited the site and handed grass to the stranded sheep, before notifying the farmer who provided hay and water.

Fortunately, the charity was later able to rescue the sheep - who was placed into a bag and lifted back to safety, before being returned to her near-by mother.

Following the rescue, Mr Pugh said: "We were later able to reach the lamb, by abseiling to her and pulling her back using a pulley system to safe land.

"I waited at the bottom in case she fell into the sea - but thankfully it was a highly successful rescue."

He added: "While we cannot be sure, I suspect this sheep may have inadvertently fallen onto this cliff ledge while escaping a chasing dog. 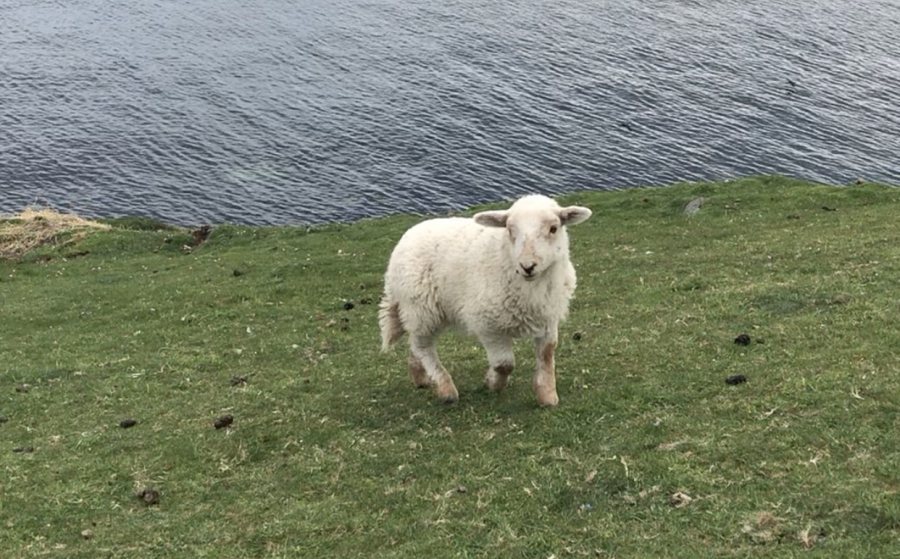 Farmer Arwyn Owen, who owns the lamb, said the lamb was 'alive and well'

"Livestock worrying remains a real problem - so we urge dog owners to not let their pets off leads when sheep, lambs and other livestock are nearby."

Fortunately, despite her ordeal, the young sheep had no injuries and was able to reunite her with her mother.

Farmer Arwyn Owen, who owns the lamb, added: "The lamb is alive and well despite the very challenging situation we thought we were in, and is back with the mother."