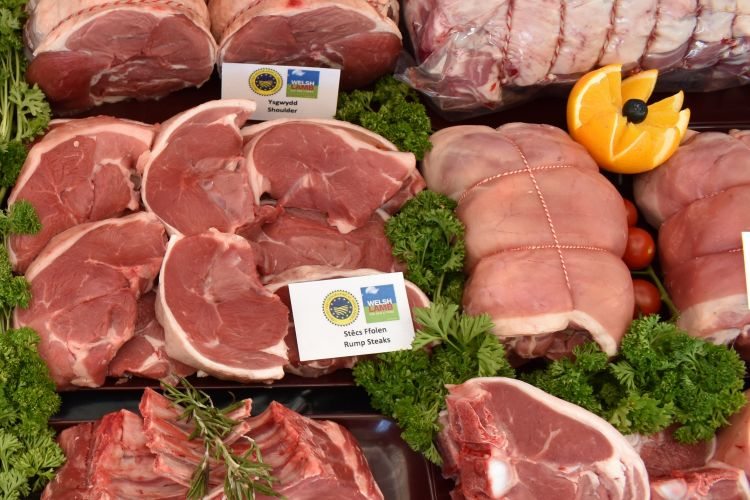 Lamb proved a popular choice for the British public over Easter, new figures show, with retail sales soaring above the last two years.

This demand has been reflected at marts where farmgate prices are still standing strong, according to analysis by Hybu Cig Cymru – Meat Promotion Wales (HCC).

At a time when lamb is always a firm favourite, this year people of all ages were both buying and spending more as a result of a renewed interest in sourcing local.

Lamb leg roasting joints were the most sought-after cuts despite the fact that Covid-19 restrictions on large gatherings remained, followed by chops and mince.

"It saw a 10.2% increase in the number of buyers engaging with the product and a rise of 3.3% in the frequency of which lamb was bought.

“The average price of lamb was also higher, but this obviously did not deter new buyers," she explained.

"The figures show that there are new buyers in all age categories, but this is especially true for shoppers aged under 45 years and those with children.

“The pandemic has led to more consumers cooking at home, giving many the opportunity to realise and enjoy the exceptional qualities and versatility of Welsh Lamb, and at the same time, support the local economy.”

Butchers also benefitted from the popularity of lamb in the run-up to Easter with total spend increasing by 16.1% on the year. The volume sold also increased, by 12.6%.

Ms Phillips added that consumer demand for lamb was continuing: "This can be seen in the liveweight lamb prices which remain strong when compared to historical averages, with the average SQQ in Wales standing at 329.7p/kg in Wales for the week ending 15 May 2021.

“New season lambs are now entering the market – they accounted for over 70% of lambs at auction in Wales during the latest week – but the supply is still relatively tight."