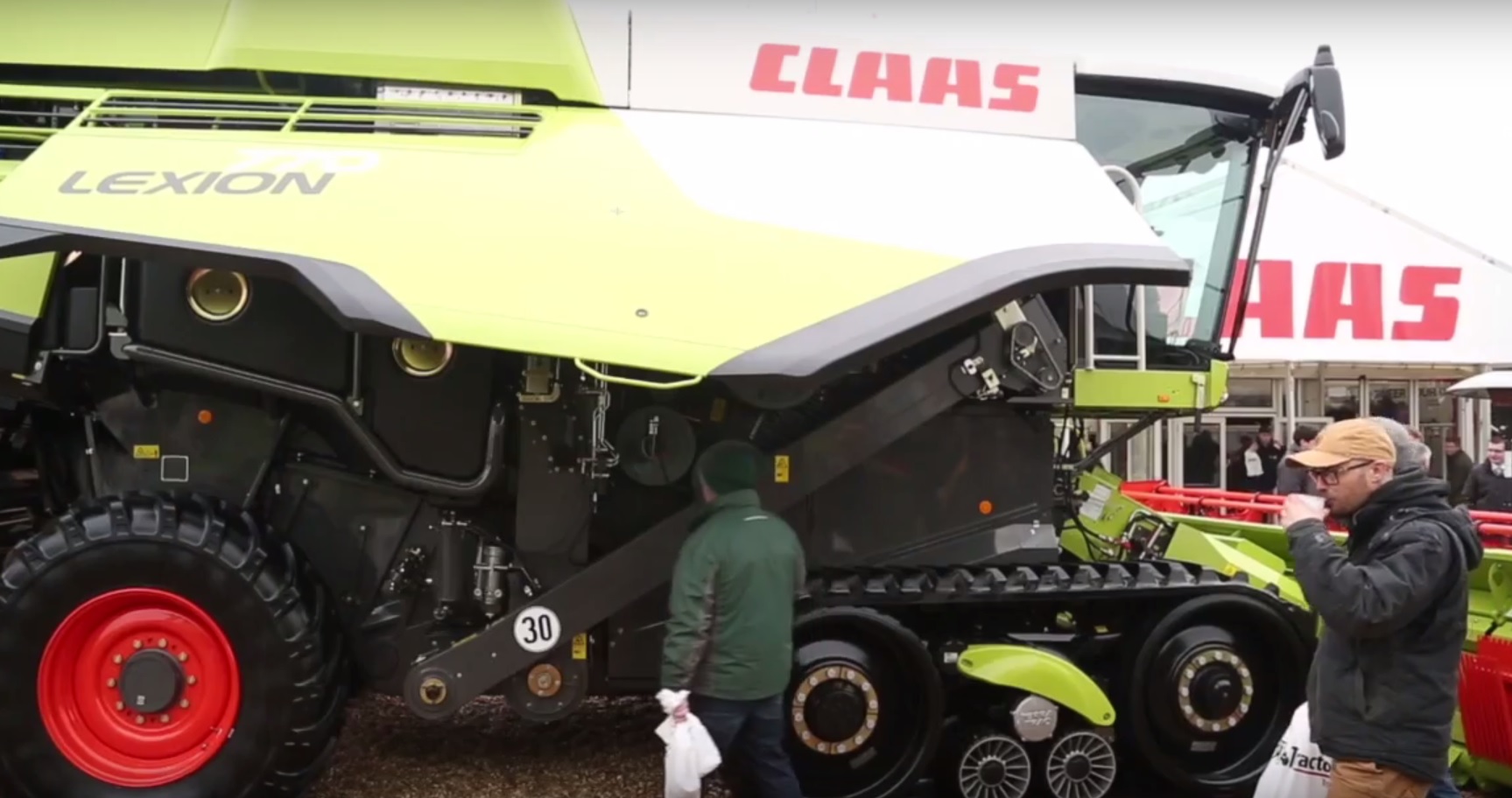 LEXION 600 combine, which for 2017 see’s the addition of a number of new features and improvements

This year’s LAMMA Show was the first opportunity to see many of the latest additions to the Claas cereals and green harvest ranges.

Claas displayed for the first time in the UK will be the new Lexion 600 combine, high capacity Quadrant 5200 baler, the Variant 400 round baler and the recently launched Field Base mobile RTK transmitter.

Among a number of changes to the Variant 400 variable round baler range is a new netting system and a heavier duty bale chamber.

The new tripod-mounted RTK Field Base enables farmers and contractors to take their RTK signal with them, rather than rely gaining a signal from a fixed mast or 3rd party supplier.

The latest developments and innovations in agricultural machinery were on show at the annual LAMMA event.

Thousands of visitors turned out at East of England Showground, Peterborough to view the latest offerings from more than 900 exhibitors.

LAMMA is the United Kingdom's largest farm machinery, equipment and agricultural services show. Visitors flocked to the event from all over the UK and from overseas.

New launches were unveiled by the biggest names in agricultural machinery. Amongst those with new and updated models on display were Kubota, Jacobsens-gfm, Keenan and Bomford Turner.

FarmingUK was there to cast an eye over the latest in farming technology.