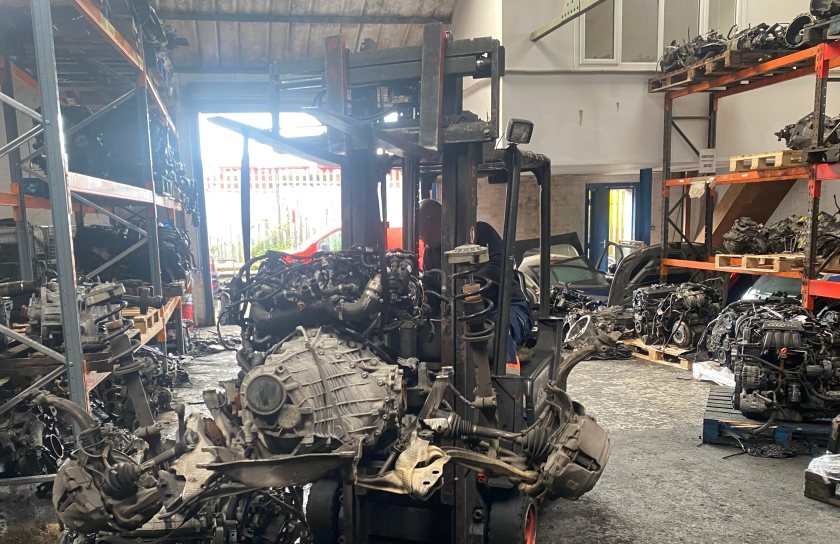 The value of the stolen vehicle parts is estimated at being over £1 million (Photo: Lancs Rural Police/Twitter)

Officers from the South Rural Task Force had been on the hunt for stolen farm vehicles and those benefitting from stolen parts.

As a result, a warrant was executed on an industrial estate in Preston on 26 April.

The Task Force, along with the Stolen Vehicle Identification Unit, located and filled up more than six recovery trucks of stolen parts.

These included seized engines, gearboxes, and parts from in excess of 70 stolen vehicles including Land Rovers, 4x4s and agricultural vehicles.

The value of the stolen vehicle parts is estimated at being over £1 million.

PC Adam Levitt of the Rural Task Force said that initial findings showed that the stolen items were from all over the country.

The investigation was still ongoing, he said, with more property still being recovered.

“These types of crimes have a massive impact on the rural community, especially for farmers," PC Levitt explained.

"[They] are not only affected by the loss of their vehicles, machinery, and equipment, but they are also unable to carry out their daily business, particularly as this is a busy time of year.

“We are committed to working hard to upset rural criminality in all its forms and anyone who benefits.”

While no arrests have been made, extensive enquiries are ongoing.