Landowner fined after taking 23,500 tonnes of soil from haulier 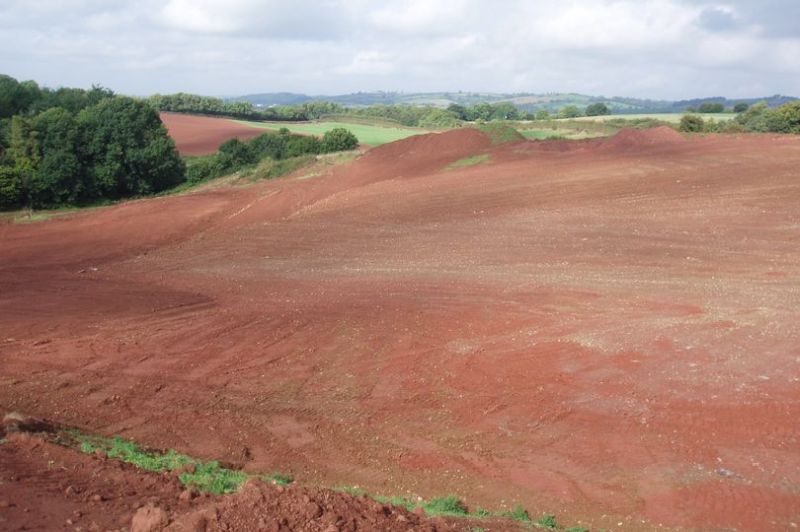 Stephen Dibble 'changed the appearance of the landscape' by filling a valley with 23,500 tonnes of soil

A landowner has been ordered to pay out thousands after he illegally deposited 23,500 tonnes of soil on farmland in Devon.

Stephen Dibble, who runs Bycott Farm, Halberton, wanted to restore land for agricultural use at his other site in Uplowman.

Following complaints, an Environment Agency officer visited the site and found waste being deposited on a large scale.

Mr Dibble had already partially filled a valley with waste. There was indication he intended to continue depositing waste.

He confirmed he was using the waste imported by CB Plant Hire to return land formerly known as Tiverton Motocross back to agricultural use.

A waste exemption allows landowners to reuse up to 1,000 tonnes of soil and subsoil for specific purposes.

But it was revealed Dibble had accepted over 23,500 tonnes of waste at Tiverton Motocross and lacked planning permission from Devon County Council.

Mr Dibble said his farm business had been struggling financially and that he didn’t feel he’d done anything wrong, as he had been relying on advice from third parties.

Marie Sinead Berry, a director of CB Plant Hire, whose company transported the waste to the Tiverton Motorcross site, admitted she had failed to carry out her normal duty of care checks and had ‘taken her eye off the ball’.

Appearing before Exeter magistrates, Ms Berry, from Cullompton, was fined £120 and ordered to pay £3,500 costs.

Mr Dibble was fined £265 and ordered to pay £2,490 costs after pleading guilty to the same offence.

Both defendants were also ordered to pay a victim surcharge of £30 each.