Landowner imprisoned for 'blighting' Cheshire farmland with tonnes of waste 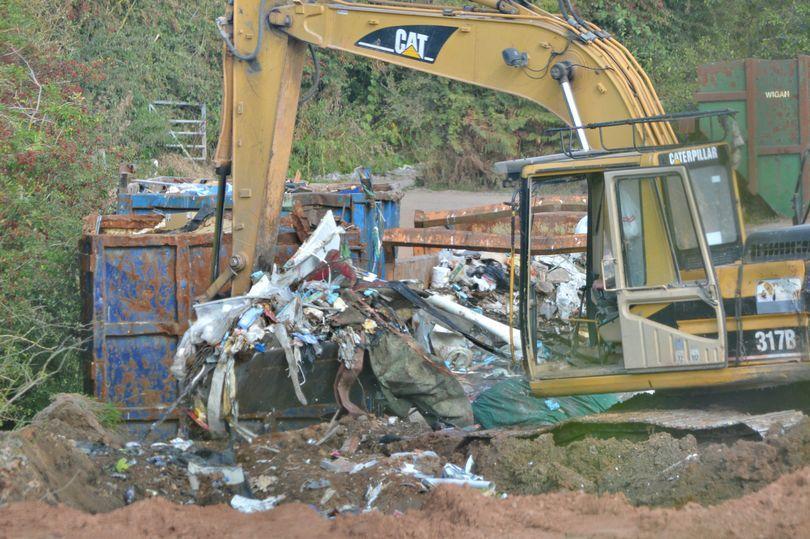 Tens of thousands of tonnes of waste were dumped in Cheshire (Photo: Environment Agency)

A landowner has been sentenced to 12 months imprisonment and has had to pay out £100,000 for blighting 19 acres of Cheshire farmland with waste.

The Environment Agency prosecuted Eric Hale of Bank Top Farm near Frodsham and other two men who dumped thousands of tonnes of waste on 19 acres of farmland.

Mr Hale was sentenced to 12 months imprisonment suspended for two years, disqualified from driving for 12 months, ordered to work 200 hours unpaid and have a curfew of 8pm to 6am for three months after pleading guilty to operating an illegal waste site without an environmental permit and dumping and landfilling controlled waste on the land.

He also paid £100,000 in contributions towards the Environment Agency’s costs.

The other two men, Dennis Whiting and Stefan Street, each received a Conditional Discharge for two years after pleading guilty to dumping and landfilling controlled waste.

The Environment Agency brought the case against the three men after what the Agency called a "lengthy investigation".

The investigation identified that significant amounts of waste were being brought on to the farm, which did not have an environmental permit.

The Agency identified that the operation of the illegal site was closely connected with a waste company called Eric Hale Skip Hire Ltd.

The prosecution stated that the majority of waste collected by the company was illegally dumped and landfilled at Bank Top Farm, instead of being taken to a legitimate waste site.

During the course of the investigation, the three men were seen driving large waste vehicles which delivered, deposited and disposed of mixed waste, demolition waste including plasterboard and other waste including carpets and mattresses.

Trommel fines, which are a by-product produced during the recycling process and consist of materials such as wood, aggregate, glass, ceramics and organics, were also dumped at Bank Top Farm. The unregulated deposit of waste has the potential to cause harm to the environment.

The Judge on sentencing said: "Eric Hale was driven by greed to continue the illegal operation."

Tracey Rimmer, Area Environment Manager for the Environment Agency, said waste crime is a "serious issue", diverting as much as £1 billion per year from legitimate business and the treasury.